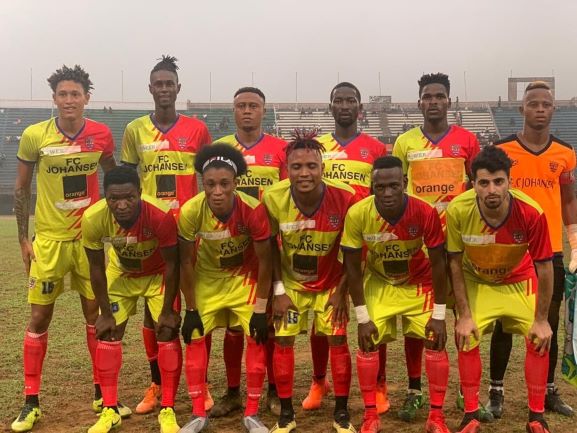 Sierra Leone Premier League leaders Kamboi Eagles suffered their first loss of the season after 1-0 defeat to FC Johansen on Wednesday in Freetown.

Forward Melvin Davies’ scored the only goal for the host inside the opening five minutes of play.

The victory was a crucial three points for the host team who move to fifth place on the log with 13 points after their third straight win of the campaign while Eagles remain top of the table with 19 points five clear of second-place side FC Kallon.

Speaking to FSL News after Wednesday’s match, Johansen boss Abdulai Kaloga Bah said his side have been playing well despite results have not been forthcoming.

He also admitted that they are still in the rebuilding process.

“We deserved to win because we have been playing well. However, we are still in the process of rebuilding the team to reach its full potential.”

“The team spirit and confidence is improving match after match since our first victory. That has been the turning point to our season,” he told FSL News.

Before the game, Kamboi Eagles played seven games without conceding a single goal winning six and a draw.

Later today, Mighty Blackpool who has been struggling this season will host Freetown City. One of Sierra Leone’s most decorated side (Mighty Blackpool) with one win in their last seven games.

FCFC, on the other hand, are second from bottom after five defeats in eight league matches played.