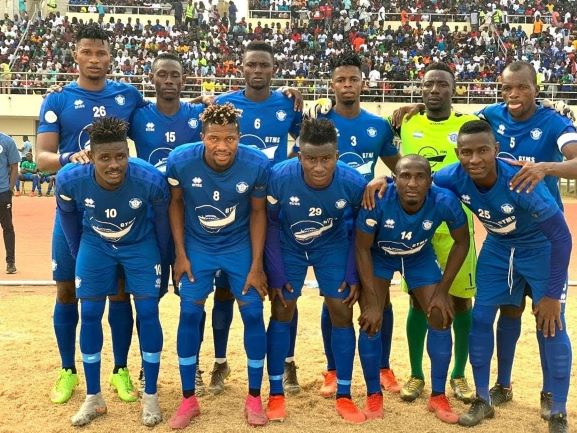 Two goals from Hassan Milla Koroma and a goal apiece from new acquisition Baimba Sesay and Sallieu Tarawallie earned the Cavaliers the biggest of the season win on Saturday at the Siaka Steven Stadium.

Koroma’s opening two first-half goals help FC Kallon to cut the gap on league leaders Kamboi Eagles to two points as they marched on to record a 4-0 heavy defeat over Central Parade.

Head coach Amidu Karim will be pleased with the season biggest win so far.

A second win this month for the Cavaliers while it is the worst start for Central Parade side who are without a win after nine matches played in the ongoing Sierra Leone Premier League.

As a result, Parade FC are first from bottom sitting pretty at the bottom with four defeat and five draws.

Former East End Tigers striker Baimba Sesay scored his first of the season in the 44th minute before Sallieu Tarawallie wrapped up the win with a top-class header in the 94th minutes.

FC Johansen going into today’s contest will be full of confidence after ending Kamboi Eagles unbeaten run on Wednesday.

Lions, on the other hand, was losing by a goal in Kenema against Kamboi Eagles before the match was abandoned.