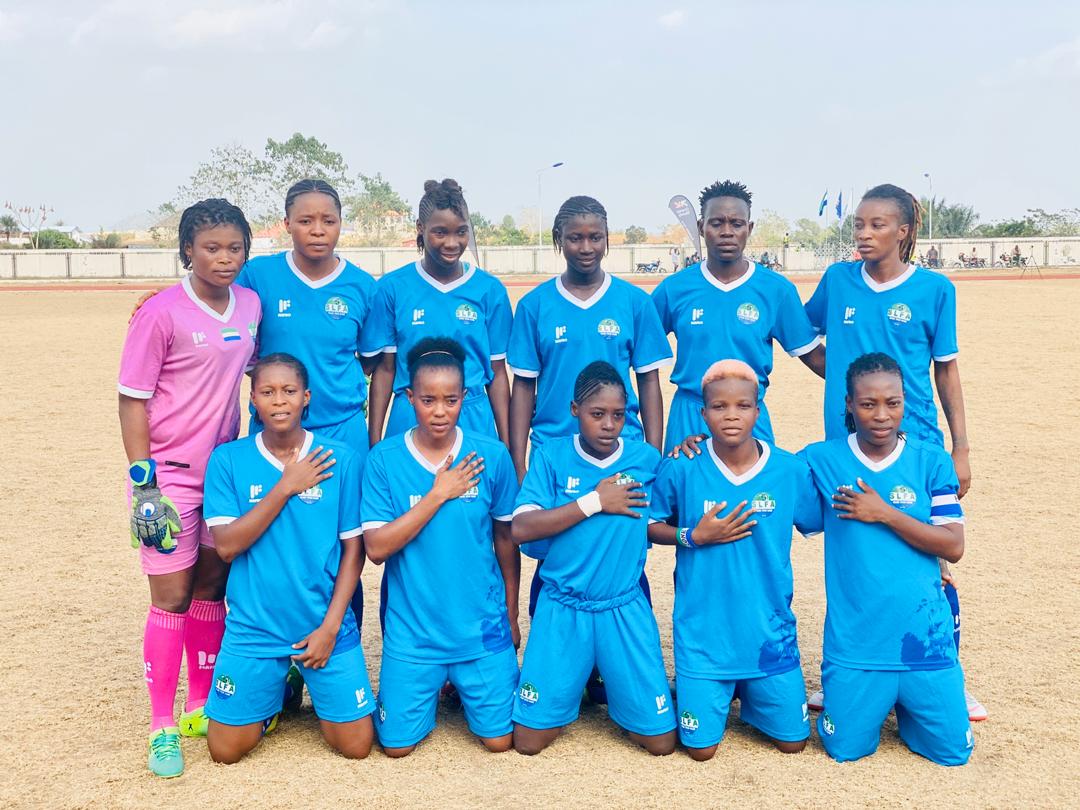 Sierra Leone kicked off their WAFU ‘A’ Women’s Cup campaign with a barren draw in their opening two matches against Cape Verde and Guinea respectively at the Bo City stadium, in the Southern Province Sierra Leone.

As a result, Sierra Queens must win against Senegal in their final Group A match to ensure safe passage to the semi-finals of the competition.

The Senegalese, who have already in the semifinal of the competition after beating Guinea and Cape Verde from Group A with six points, will face Sierra Leone on Sunday.

Guinea and Cape Verde, lock horns in their group A final match expected on the same day.

Elsewhere In makeni, Impressive Lone Star’s ladies and the Malians have shown composure and strength after their opening wins over Guinea Bissau and the Gambia respectively.

Group B opening results mean, Mali occupy the top of Group B following their 6-0 won over the Gambia.

Liberia, who thrashed Guinea Bissau 4-0 on Wednesday (26 February 2020) at Wusum Filed in Makeni, Sierra Leone, will continue their journey in the competition on Friday (28 February 2020) against Mali.

In six matches played 13 goals has been scored in the competitions so far with Mali and Liberia recorded the most goals.

Sierra Leone's Sierra Queens must win against Senegal after their opening two draws. A win for Guinea over Cape Verde in the group final matches will mean the host will be out of the maiden Women's WAFU tournament. pic.twitter.com/EQj5IeC0Po