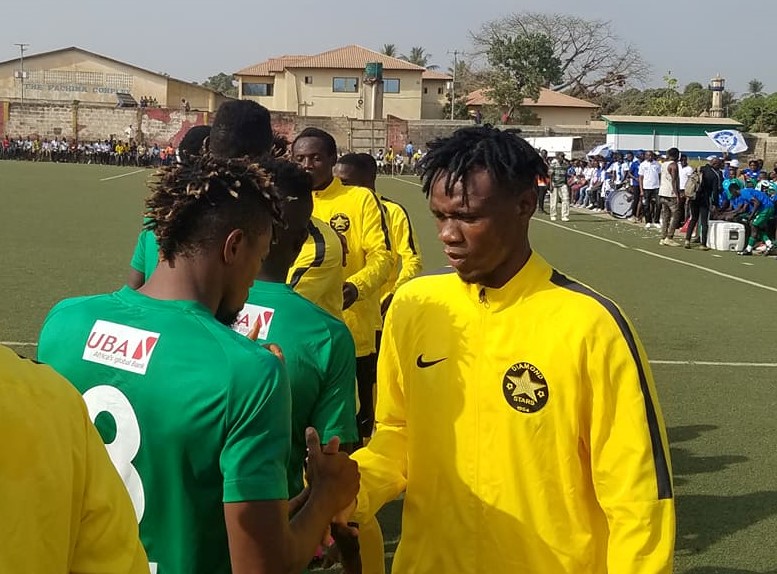 A thirty-five-yard superb free-kick from Momoh Conteh in the 57th min was enough as Diamond Stars beat visitors FC Kallon in the Sierra Leone Premier League.

Diamond Stars moved up to 8th place in the table as they ended last season runners up Kallon eleven-match unbeaten run with a 1-0 victory in Kono on Wednesday.

Caretaker coach, Aiah Lebbie aka Lobihno, who replaced former coach Francis Zappa Koroma, guided the side to their second win on home soil in the ongoing Sierra Leone Premier League.

“I was very confident that I was going to score when I took the shot,” Momoh Conteh told FSL News in Kono.

“We were better than FC Kallon, and we capitalized on their weakness.”

“I have watched some of their matches to identify their stronghold, and weaknesses and I presented a team that will deliver the victory.”

“Our next match is against FC Johansen. We are going to start our preparations for that match tomorrow. “The team is still on a transition period,” he explained.

Goba, who is at present the league’s top scorer was named Man of the Match by technical observers for his outstanding display against host Johansen.