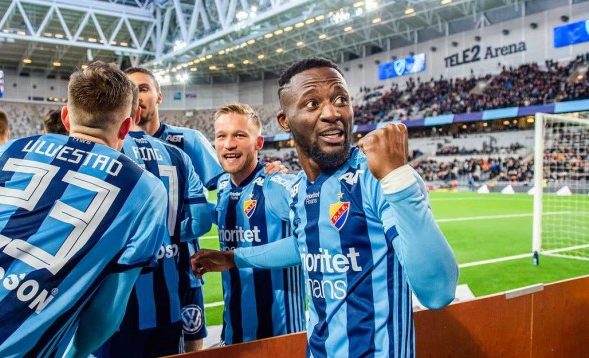 Belgian Sint Truiden striker, Mohamed Buya Turay has been identified as a potential transfer target for Scottish giant, Rangers, according to the UK Daily Record.

“Many clubs have been interested in Buya Turay, but right now he belongs to Sint-Truiden. Whatever happens this summer we must talk about it then,” Tunkara told Expressen, as quoted by the Daily Record.

“There has been a lot of interest from many clubs. The interest is huge. Everyone knows that Buya Turay is a fantastic player who works hard.”

The Sierra Leone international is currently contracted to Belgian side Sint-Truiden but spent the last year on loan at Swedish side Djurgardens, where he scored important goals including the title equalising goal.

Since leaving the Swedish Champions Turay has not played a single game for his parent club in Saint-Truidense Belgium where he made six appearances with a goal to his name before his Djurgården loan spell in January 2019.