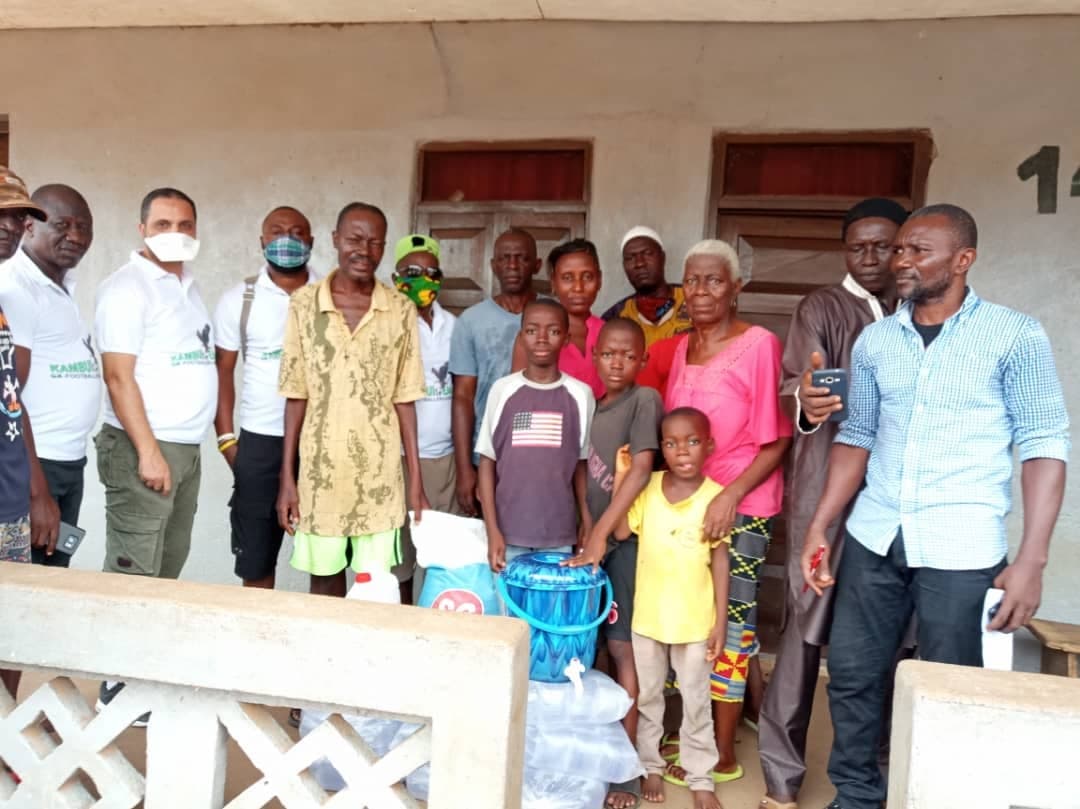 The Covid-19 fight is challenging for many countries, but none is more at risk than developing and low-income countries with abysmal healthcare systems. Among them is Sierra Leone, who continues to see a daily rise in cases.

As a way of complementing government and other donors involved in the fight against the spread of the global pandemic, Kamboi Eagles Ex-Footballers Association, an established non-profit organization led by Lansana Kamara including a bulk of heavyweights residing in the diaspora, on the 2nd May 2020 embarked on several humanitarian gestures to support victims, suspected victims and vulnerable members within and outside the Kenema community.

Among the beneficiaries were a handful of quarantined homes, vulnerable residents, less privileged former players and a few others. The items distributed were gallons of oil, a few bags of rice and some buckets for preventive use.

One of the affected longest-serving secretary-general in the history of the club, Mr Abu Fofanah, whose condition is challenging, were amongst the beneficiaries.

A total of eleven (11) former players residing in and around Kenema received cash donations. Abu Fofanah and other beneficiaries sent in emotional appreciation messages to the members in the diaspora and to all those who contributed in one way or the other in making this move a reality.

He further prayed for more grace upon the lives the association members. The association’s chairman continues to encourage former players in and around the world to join in and make up a solid organization that will help open up bigger opportunities for more community development activities in the country.

He also sent in huge applause to brothers and sisters based in the diaspora for their tireless and unflinching support to the association and further encouraged all citizens to keep to the laid down safety regulations to help wipe out this pandemic in our society.