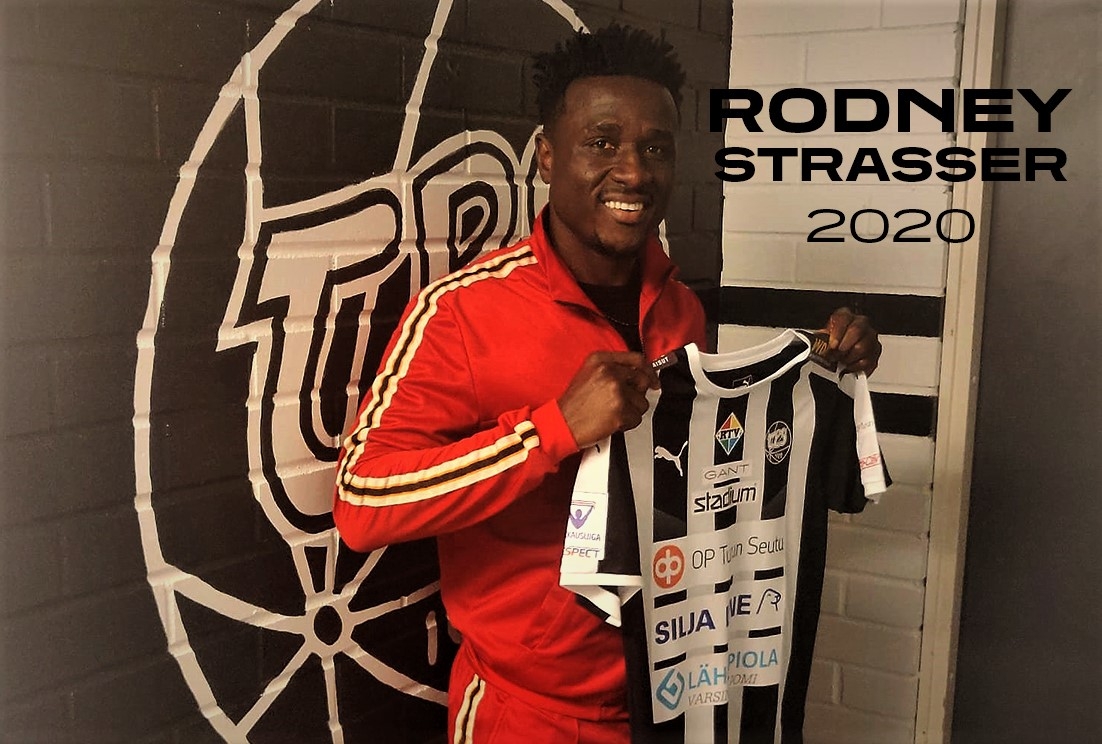 Former AC Milan and Sierra Leone international Rodney Strasser has said he is “ready for this new adventure” after the 30-year-old midfielder joined Finish top-flight side Turun Palloseura ahead of the 2020 season.

“TPS’s Veikkausliiga team received a tough class confirmation when Rodney Strasser, who has joined the striped shirts with a contract covering the 2020 season. A native of Sierra Leone, Strasser is a defensive midfielder,” the club said in a statement.

“I’m excited, I am looking forward to playing in the Veikkausliiga, a new adventure, a different type of setup and I am happy to be here, work hard for the club,” he told FSL news.

“Yes, everyone quickly noticed that a really tough class player was added to the team. His self-confidence is right, and he is also top-notch with a ball. When he showed up according to our practice, its impact on the whole team was immediately apparent. Rodney arrived in Finland at a confusing time, but he has done his job during this challenging period professionally, TPS head coach Tommi Pikkarainen on the new acquisition.

The experienced midfielder has played for AC Milan where he won the title during the 2010/11 season.