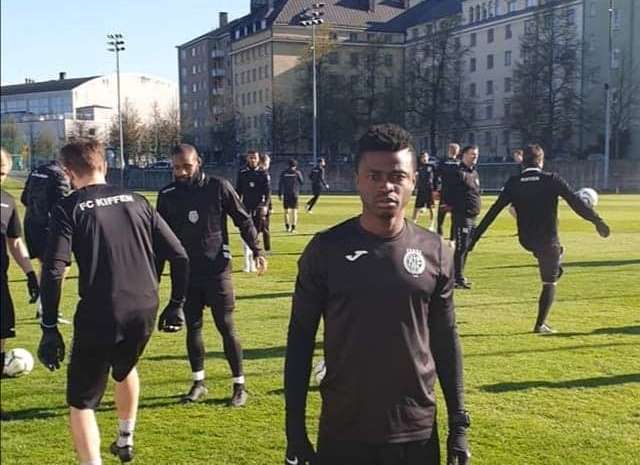 Tejan Deen has set his sights on making a quick-fire impression for Finnish Div 2 side  FC Kiffen_08. The former Central Parade player, who signed on a one-year undisclosed deal in January, is excited to play his first match for his new club.

Deen, 25, is expected to make his debut for Kiffen FC when they start their 2020 Kakkonen campaign against EPS next Saturday 13 June at home.

Speaking for the first time since his move, the Sierra Leone-born said, “It is a great opportunity for me, and I’m excited to start,” He told FSL News.

“Kiffen FC has been a great club. The club is one of the oldest in Finland with a good crop of talented young and experienced players.

“We have high quality experienced coaching staff so I’m looking forward to working with all of these talents and help the team.

Deen, added, “I’m prepared and motivated for the challenge. It’s a great opportunity for me to work hard, showcase my talent.”

The winger confirmed he first arrived in Europe in 2013. However, things were not all good. “I was in Sweden in 2013 but ended returning home. So, this is another breakthrough for me. I have to take advantage of this time around.”

Kiffen FC played their matches at the home ground of Helsinki called Bollis.