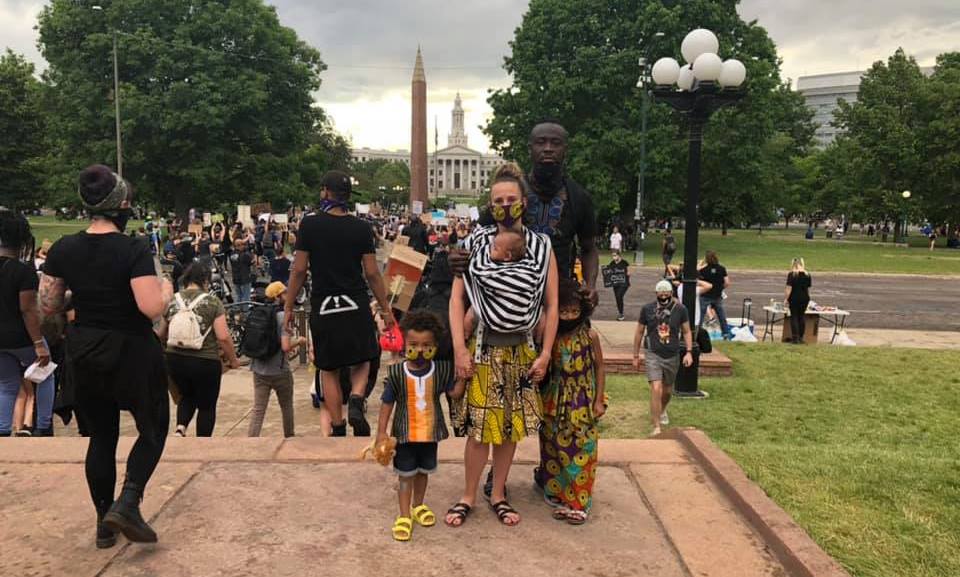 Sierra Leone US-based striker, Kei Kamara was spotted among hundreds of demonstrators who came together in protest for the Black Lives Matter over the death of America black man George Floyd.

The Colorado rapids striker posted images of his wife and three kids alongside protesters at the Colorado State Capital on Wednesday.

Kamara and his family alongside hundreds were on the Capitol steps and surrounding area early Wednesday evening. At one point, the crowds lay on the ground for nine minutes, in honour of Floyd.

“I pray as you laugh & play during these times that one day when you have the knowledge to look back at this, you could say “Wow so this was when everything changed & everyone was treated EQUAL.” I pray that you never have to lay in this position whether, by your doing or someone else’s, he posted on twitter.

He said, “The sad death of George Floyd has reminded us of the racial intolerance that exists around the world. It is a sad reality, and it must be addressed now more than ever.”

Turay added, “Racism has to stop – whether in football, at a school, or on the streets. We must all love one another and join hands in stopping a few evil elements from making the world a dark place. #BlackLivesMatter.

I pray as u laugh & play during these times that one day when u have the knowledge to look back at this u could say “Wow so this was when everything changed & everyone was treated EQUAL.” I pray that u never have to lay in this position wether by your doing or someone else’s ?? pic.twitter.com/TZiinRY8sX

The Kamara Family protesting at the Colorado State Capital