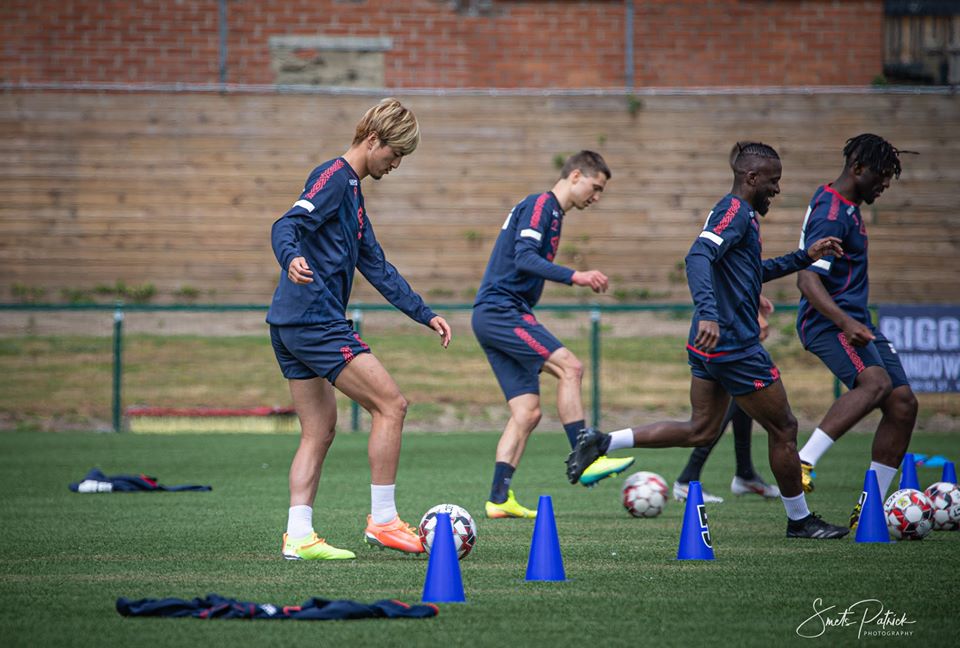 Sint-Truidense striker Mohamed Buya Turay was back with the main group in training on Monday ahead of the 2020/21 Belgian Jupiler Pro League season.

Turay took part in the Canaries training in two groups after weeks of individual training.

Manager Kevin Muscat was able to see his troops at work for the first time.

Before the start of training on Monday, everyone went through the temperature measurement again. Two groups were then formed. A group of 14 players trained in the morning, a second group of 13 did the same in the afternoon.

The Sierra Leone international returned to Saint-Truidense after his successful loan spell with Swedish side Djurgarden.

It was his second-half equaliser that helps Djurgarden win the Allsvenskan 2019 with Turay winning the season’s golden boot and first silverware of his career.

Turay accounted for 15 goals to become the first Sierra Leone international to win the Golden Boot in a European league.