Key potential faces for the U23 & Leone Stars 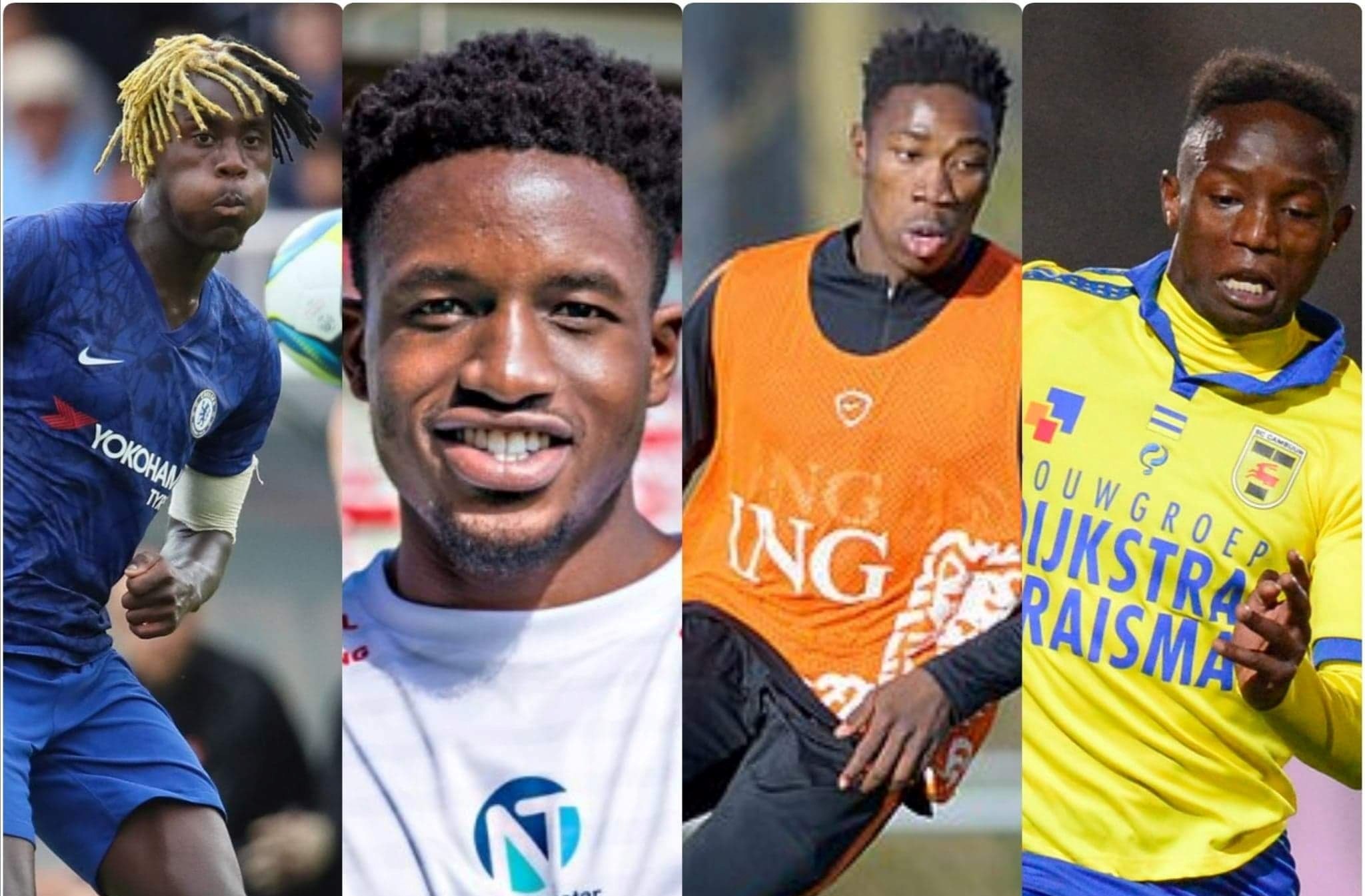 With some of the present national team players at the twilight of their careers and others running out of steam, Football Sierra Leone takes a closer look at some of the diaspora’s new faces with potential to break into the Leone Stars. 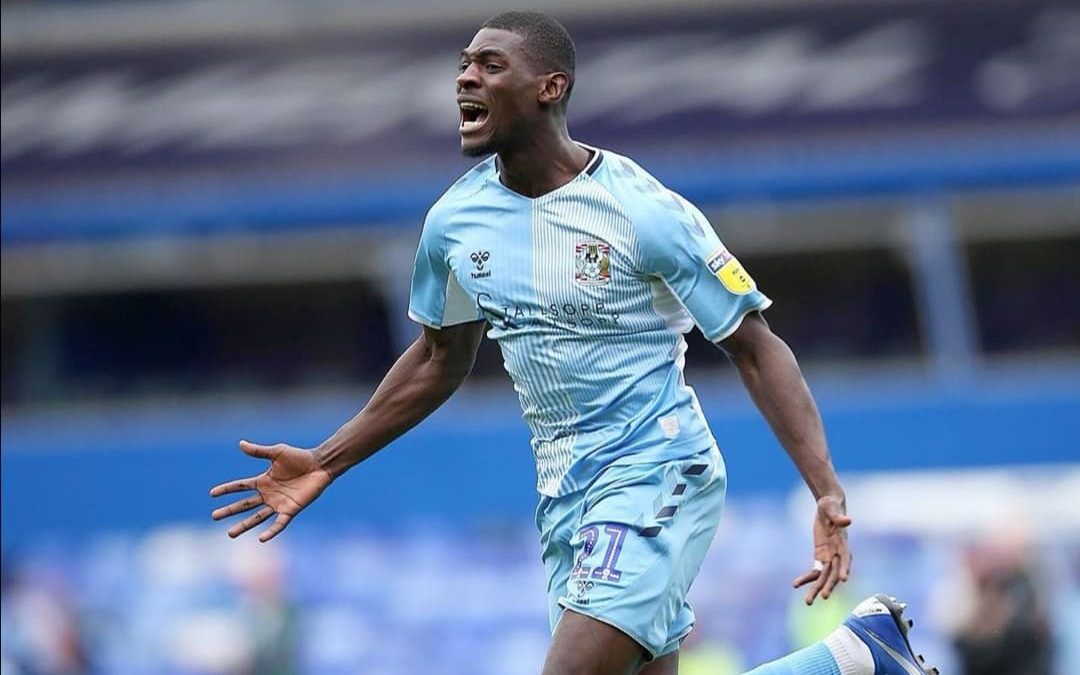 The striker was born in Sierra Leone before moving to the Netherlands at the age of six. He played his youth football firstly at Velocitas 1897 and then moved to the prestigious FC Groningen academy.

He joined the Sky Blues in 2018, for an undisclosed fee from Walsall on a two-year-deal since then, the former Saddlers striker has been pivotal in the Coventry City race to Championship promotion.

Baka as he’s fondly called also has an eye to play for the Netherlands. He was recently called up by Sierra Leone but was unable to make the squad.

He rose through the ranks with the Saddlers, coming through the academy to earn his first professional contract at 18. 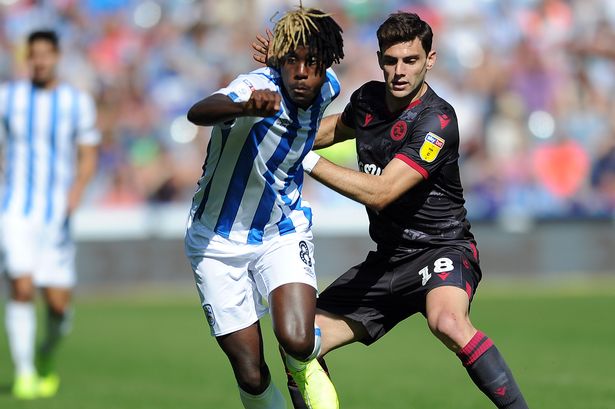 The Sierra Leonean-born is one of the most popular among the names the country must target.

He is the younger brother of Nathaniel, who is already an England International.

Chalobah signed a new Chelsea contract until 2022 season and was sent on a season-long loan to Huddersfield Town.

He made his debut five days later in a 1–0 home loss to Lincoln City in the first round of the EFL Cup, playing the full 90 minutes. Scored his first goal for Huddersfield to equalise in a 2–1 defeat at Cardiff City on 21 August.

Chalobah was part of the England under-19 squad for the 2017 UEFA European Under-19 Championship.

He played under Chelsea’s previous boss Antonio Conte. He was subbed on during the 2018 FA Cup Final victory against Manchester United on 19 May 2018 at Wembley Stadium despite never having previously played a professional game.

Despite representing England at youth level from Under-16 up to Under-20, captaining all four teams at various stages, he is still eligible to play for his country of birth.

The Örebro SK left-back, who can also play as a left-winger, is a Sierra Leonean native.

Wright, since moving to Sweden after signing for the Allsvenskan side has been pivotal to their campaign. The former Fredrikstad FK has played over 25 matches since his move. They ended their 2019 season on 9th spot.

He won the U21 title with Chelsea football club alongside Nathan Aké, Andreas Christensen, central midfield Ruben Loftus-Cheek to name a few.

The Dutch/Sierra Leonean youngster, who has already played for the Netherlands, has been recently dubbed as the new Romelu Lukaku.

The youngster is arguably the hottest property in the Championship club’s academy.

The Dutch U-18 forward has fired nine goals and provided nine assists this season.

Several British media have reported that both Chelsea and Atletico have had talks with the 16-year-old, who won the European Under-17 Championship with the Netherlands in 2019 alongside Chelsea’s Ian Maatsen.

He signed for Stoke from Sparta Rotterdam in 2018, alongside his brother Abdul, having featured for the Dutch side as a youth player.

Many soccer experts believe Sankoh will develop fast at a big club like Chelsea. 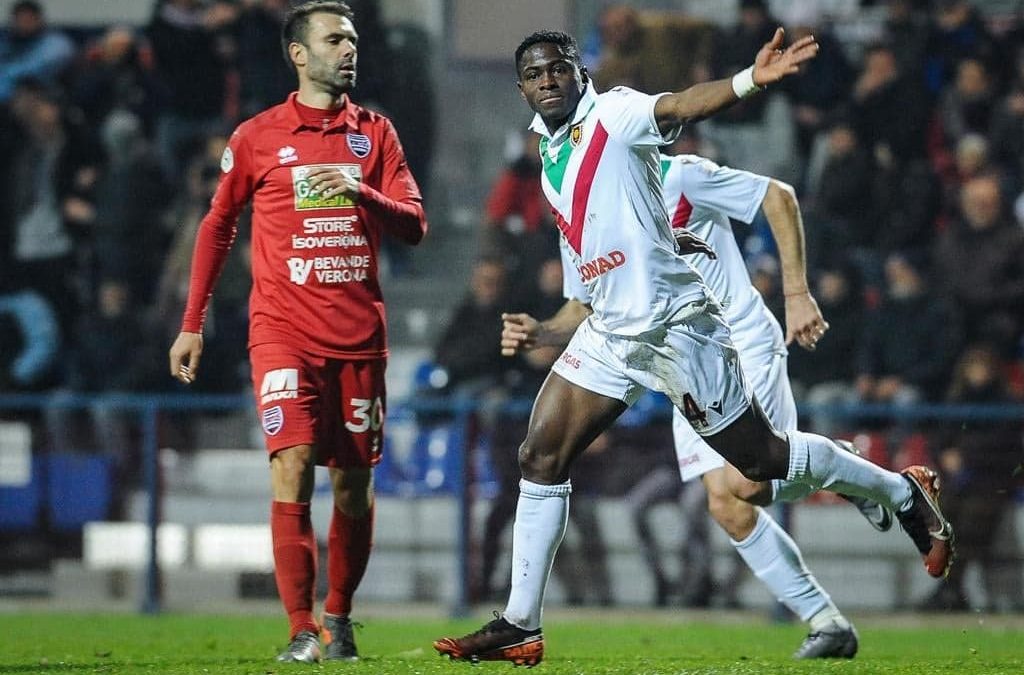 Augustus Kargbo has been a pivotal figure in Reggio Audace Race to Serie B.

The Sierra Leonean-born has maintained his impressive form since his loan from Serie B side FC Crotone, where he was also an important player until he asked to go on loan in search of regular football.

Kargbo has scored eight goals in 21 appearances this season. His versatility is what makes him very impressive on the pitch. He is a player to keep a close tag on. 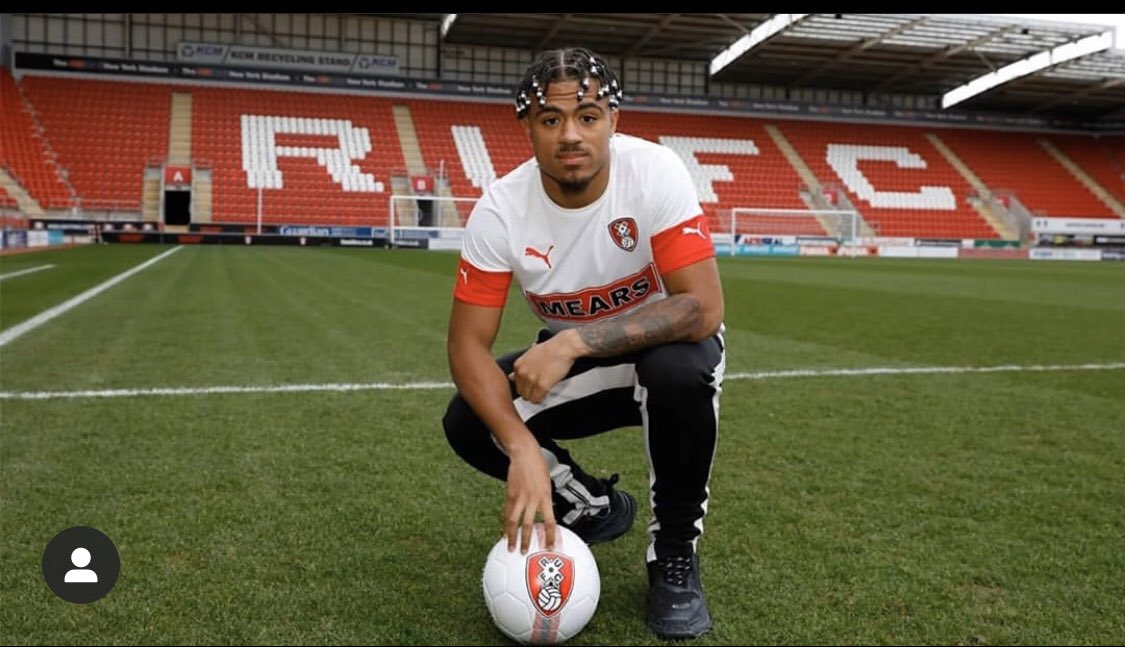 Josh Koroma was excited about joining League One leaders Rotherham United on loan for the rest of the season.

Koroma, 20, is a Sierra Leonean native. He joined Huddersfield from Leyton Orient where he was an important figure in the youth ranks before breaking into the senior setup at Brisbane Road.

He signed on a three-year contract with the Terriers last June, with Town having the option of a further season’s extension.

He played a fundamental part in Orient’s promotion back to the Football League in 2018/19 as they stormed they division, claiming the National League title in the process and departed having made more than 100 appearances in total for the O’s.

Sierra Leone native Josh Koroma was excited about joining League One leaders Rotherham United on loan for the rest of the season.

The 20-year-old full-back joined the Reds in August 2018 on a two-year contract after he was released by Watford earlier in the year.

He has been called up by Kenya for recent qualifiers. However, the defender was not able to honour the invitation at the time in order to help Crawley Town in their relegation battle.

David was born in England to a Kenyan mother, and we understand his dad is Sierra Leonean.

Sesay is a three-way street, who could be eligible to represent England, Sierra Leone and Kenya under the current football laws.

He was with Watford from the age of nine and played in their under-23s when former boss Harry Kewell was coaching the team. 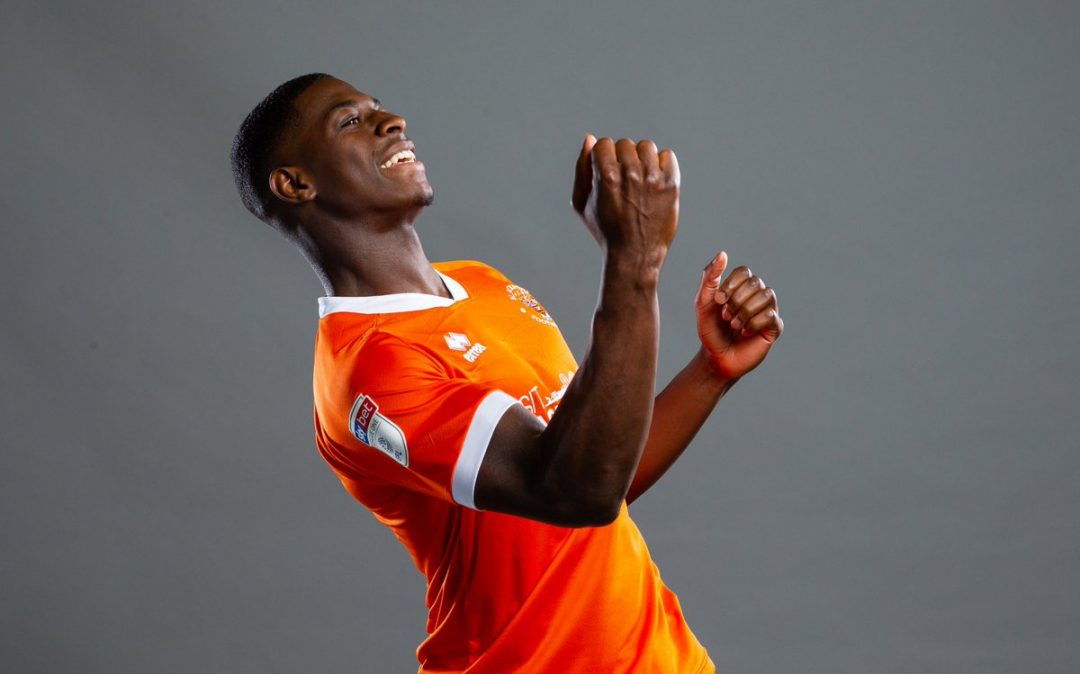 He made his senior debut on loan at Crawley Town in 2014, and later that year scored on his Palace debut.

Following loan spells at Cambridge United, Shrewsbury Town, Brentford and Charlton Athletic, he returned to Palace where he made eleven total appearances before moving to the Netherlands to sign with NAC Breda in January 2019.

Kaikai, In July 2019, ended his contract with Breda and signed for League One side Blackpool on an initial two-year contract with an option of a further year.

The striker made his Blackpool debut in their 2–0 victory over Bristol Rovers at Bloomfield Road on 3 August.

He has told the medium a few months ago that he would love to represent his parent’s country Sierra Leone. 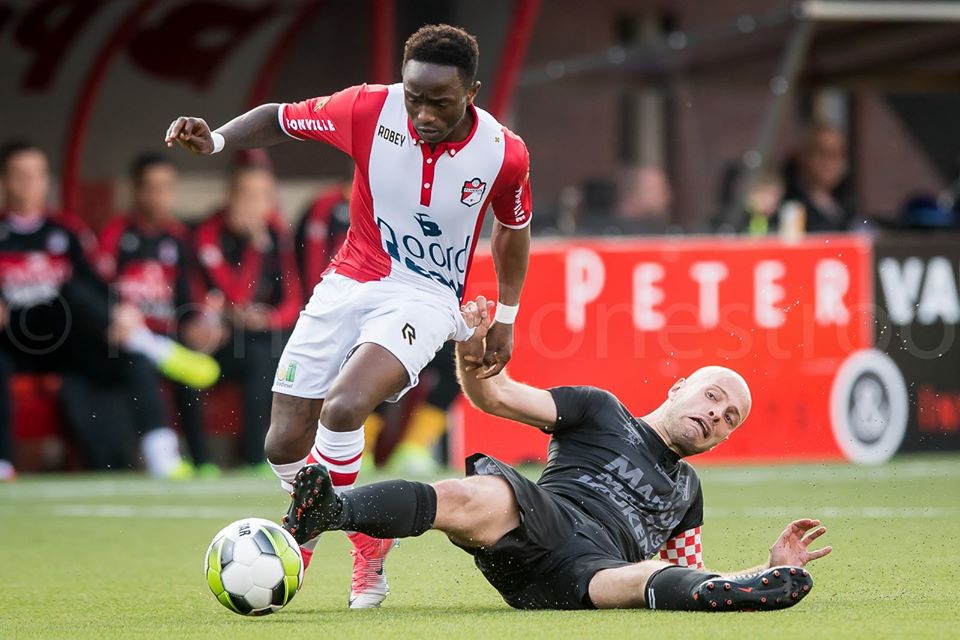 Kallon has made 22 appearances this season registered six goals and accounted for eight assists.

Kallon hailing from Sierra Leonean parents has shown lots of promise that he has what it takes to hit the back of the net for the Leone Stars.

He can score from long range, a good dribbler with the ball and has played a fundamental part in SC Cambuur race to the Dutch top-tier league.

Kallon has made 22 appearances this season registered six goals and accounted for eight assists helping his Dutch side in the race to gain promotion to the Eredivisie.