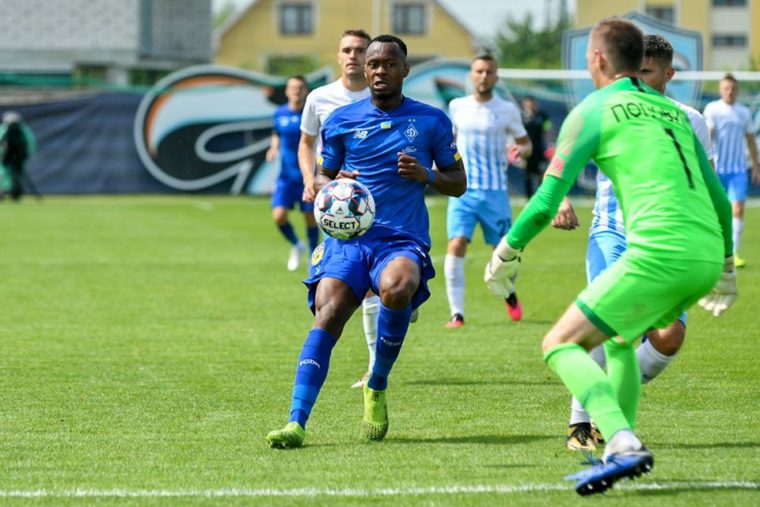 Ibrahim Kargbo became the first Sierra Leonean native to get a taste of Ukrainian football after he was introduced in the 61st minutes during Dinamo Kyiv 2-0 Semi-final cup victory on Wednesday.

The 20-year-old, who has played for the Belgian U-18 team, made his official match debut for the club in Wednesday’s cup tie. He was introduced as a replacement for Fran Sol in the 61st minute.

Mikkel Duelund scored a brace for Dinamo in the opening 40 minutes of play. As a result, they advanced to the final of the Ukrainian Cup.

Initially, the son of former Sierra Leone skipper took part in friendly matches of Kyiv during their winter training camp in Turkey.

The former Crystal Palace player last played for Lierse Kempenzonen on loan from Roeselare in Belgium.