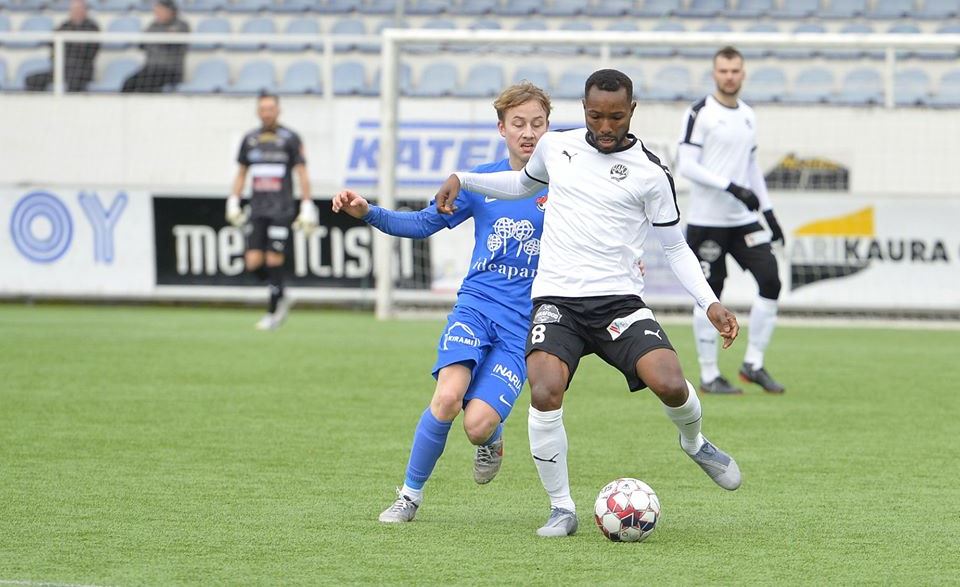 Mohamed Medo Kamara’s Finnish top-tier side FC Haka took a hard-fought 1-0 win on Tuesday against Ilves at the Tammelan Stadium in their Suomen Cup quarter-final, to advance to the semi-finals.

The visitors after dominated the opening minutes of the game managed to score in the opening 12th minute from a Jonni Thusberg’s diving header.

It was the second encounter of both teams in this year’s Finnish Cup. Earlier in the group stage on February 15 in Pirkkahalli. At that time, the match ended 1-1 with the goals of Lauri Ala-Myllymäki and ex-Ilves Antto Hilska.

Sierra Leone international Kamara was making his fifth appearances since moving back to Finland including three friendly ties.

Kamara speaking to FSL News after the encounter said: “It was a difficult encounter, but are through that what matters. As usual, Haka is a team well known for winning trophies here in Finland.”

“Feeling is good to be out actively playing and doing what I love doing. I’ m looking forward to the semi-finals of this years Finnish Cup. It is going to be another tough encounter in this round.”

Elsewhere, the quarter-final encounter between Rodney Strasser’s TPS and HJK at Veritas Stadium provided excitement until the end of the match.

The former Milan man hopes of reaching the semis were dashed after they suffered a 1-0 defeat.

Strasser has played in every match for the Veikkausliiga side since his move.