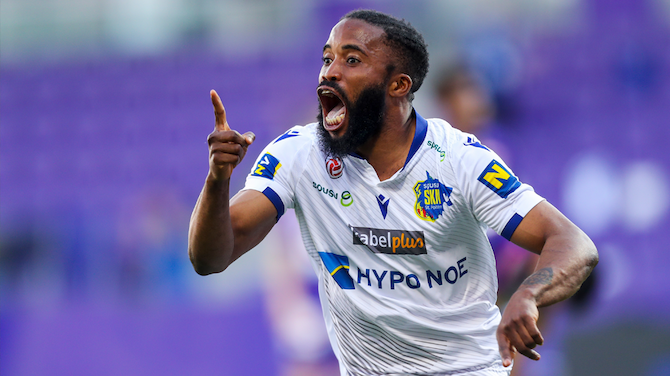 Sierra Leone attacking midfielder George Davies was among scorers in SKN St. Pölten 5-2 victory as they race to survival in the Austrian Bundesliga on Saturday.

As a result, Pölten moves up to third in their qualification race to stay in the top fligh next season.

Davies, who started the game on the bench scored in the 61st and 63rd minute to give his side a 4-2 lead against Austria Vienna before Alan in the 83rd minute sealed the final scoreline.

Austria Vienna started well as they took the lead in the 18th minute after a combination via Christoph Monschein and Manprit Sarkaria.

Benedikt Pichler scored 1-0, but his goal was cancelled after 14th minute after Ljubic capitalises to level the scores (1-1).

Midfielder Christoph Monschein in the 36th minute gave Austria Vienna a 2-1 lead. However, less than 8 minute D Schutz accounted for Polten’s equaliser (2-2) after a competitive display in the opening 44th minutes.

Davies, 23, who was introduced in the 59th minutes impressively scored a brace to help his side secure victory away from home in the Austrian Bundesliga.

Pölten takes on Admira in their final group match on Tuesday 30th June at home.