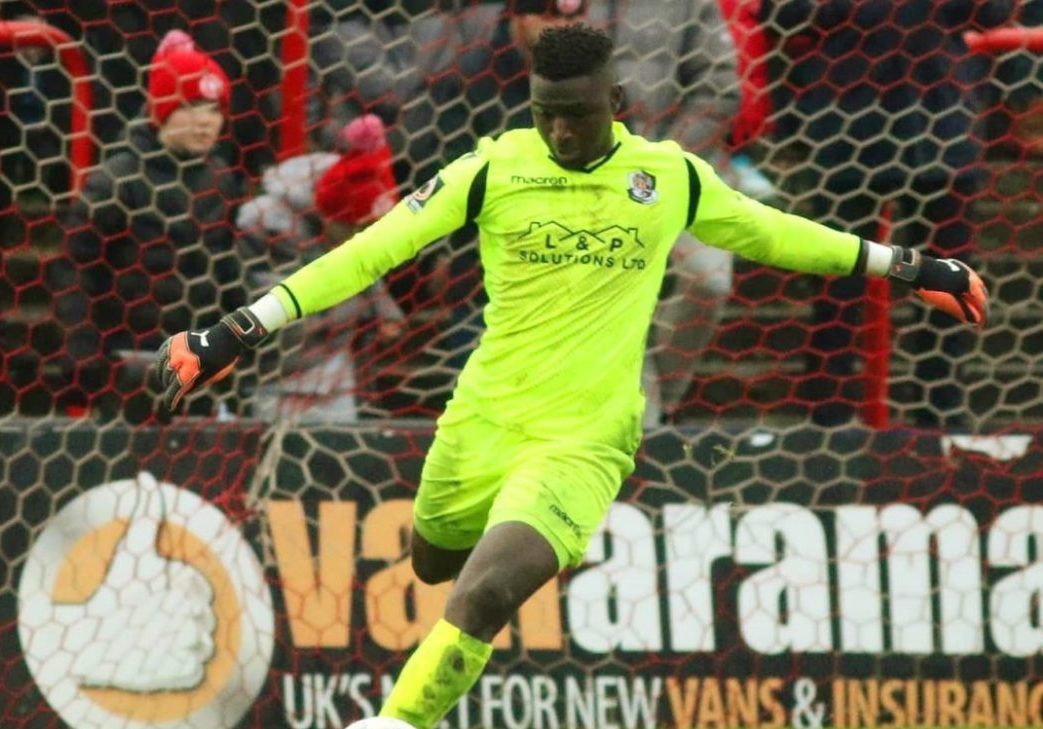 The Kent-based club finished sixth on the log with Sesay as their first keeper.

Without any exaggeration, they are three games away from a return to the National League after a five-year absence.

He is happy that they have curved themselves into promotion contenders, even though they were deemed a relegation candidate when King was appointed back in October.

“Playoff matches as always are tough, but I want to be a part of this challenge. I want to help the team to the best of my ability.

I’ll be happy to be part of all our remaining matches and hopefully, help the team gain promotion,” Sesay to FSL News.

Sesay added, “It’s going to be a tough game, and we are fully aware of that.”

The winners of the elimination round will face National South runners up Havant and Waterlooville in the semi-final on Saturday 25 July. The playoff final is due to take place on Saturday 1 August.

In partnership with BT Sport and Sportradar, each of the ten season-defining games will be shown exclusively live on the service, which includes HD coverage and commentary.

Elimination Round – Match A – Slough Town vs Dartford