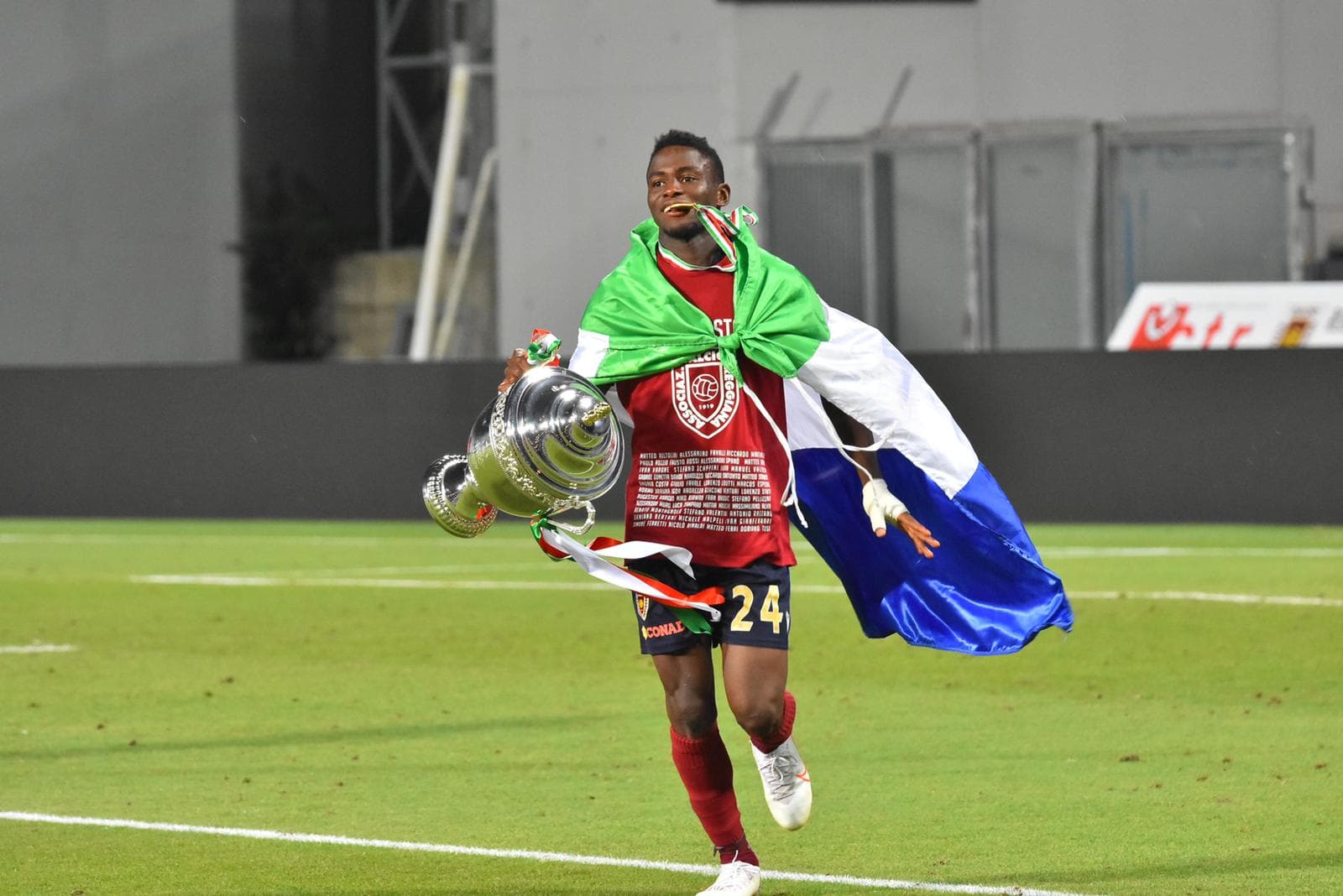 Speaking of his pride after Wednesday success, the Sierra Leone-born said, “It was my goal from day one. I am happy, I want to thank the coaching staff, and without them, I could not have made it.”

“I’m really happy for my first career triumphed that elevated the team to Serie B after 21 years. I’ve always wanted to win and to play at the highest level. This is a great achievement, but it is just the start,” Kargbo told Football Sierra Leone.

When asked if he will be staying at Reggio Audace, he added, “I don’t know, it doesn’t just depend on me. I still have two years of contract with Crotone. We will see after speaking to the club what happens next.”

“To be honest, I was privileged to be part of this historic moment with a great club. It was very important for us to keep momentum. I am going to keep dreaming of playing at the bigger stage.”

“The manager believed in me since day one. And I have tried my best for the club and for my career.”

“Just a normal boy from Freetown whose dream has just come true,” a delighted Kargbo posted on his official Instagram page.