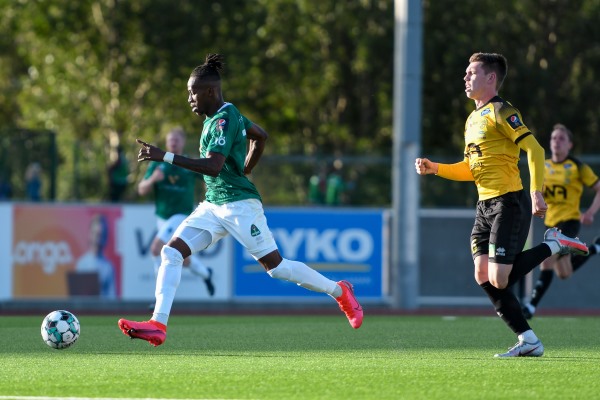 Breidablik midfielder Kwame Quee scored a goal and an assist in their Icelandic round of 16 Cup victory over Grótta on Thursday. Photo: Courtesy HVH – Blikar.is

The Sierra Leone International opened the scoring for his side in the 45th-minute as he bookmarked his second of the season en route to their 3-0 home win.

The victory means Breidablik await their opponent in the Milk Cup quarter-final.

With two more goals from Gísli Eyjólfsson in the 66th and Brynjólfur Willumsson 85th respectively were enough to overpower their visitors.

Gísli, who scored Breidablik’s second of the day and Kwame were Balika’s most lively players in the first half.

Breidablik last won the Cup in 2009. Nonetheless, Quee won it with Víkingur Reykjavík while on loan last season.