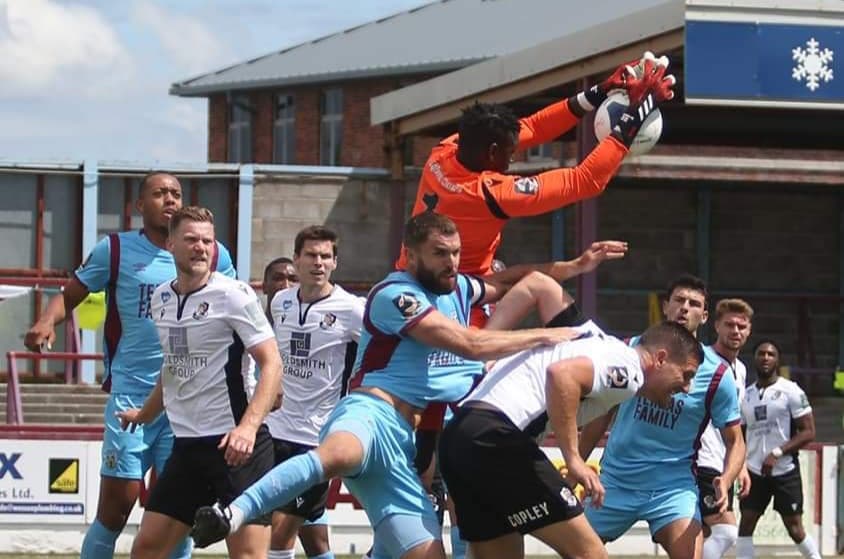 As a result, ending all hopes of gaining promotion to the Vanarama National League.

In a tough and close contest, the match ended goalless as both sides were unable to break the deadlock.

Sesay, 21, who was making his 17 appearances has been a key figure in manager Steve King’s side. However, was unable to save his side on this occasion.