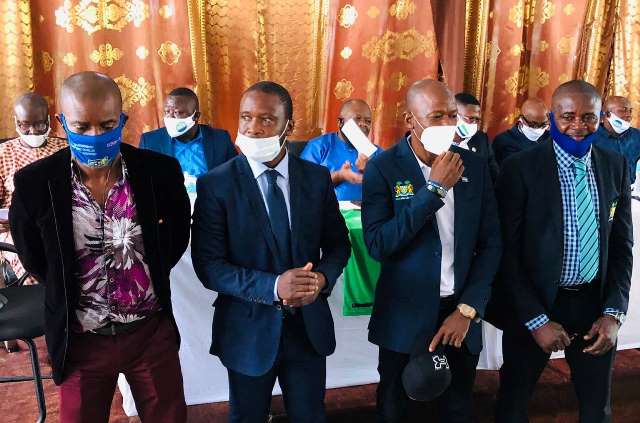 Sierra Leone’s sports and football authorities have reappointed John Keister for his second stint as head coach of the national team on a three-year contract.

Keister, 49, was appointed on Monday to take over the role that has been vacant since the departure of Ghanaian Selles Tetteh, who departed in March.

He was heavily involved with Leone Stars under Sellas Tetteh’s first and second spells.

The 2019 Sierra Leone Premier League titleholder first task is to qualify the Leone Stars for the Africa Cup of Nations in Cameroon.

Sierra Leone are first from bottom in the race to Africa Cup of Nations 2022 in Cameroon after a 1-1 draw and an away defeat to Benin in their opening two matches.

Keister is not new to this role as he was in charge of Sierra Leone during the 2019 African Cup Of Nations qualifiers before the country was suspended.

He guided Leone stars to a 2-1 opening over Kenya in Freetown June 2017 but lost to Ethiopia 1-0 at the Hawassa Stadium in matchday two of the Afcon qualifying campaign.

The Manchester-born has been a success since taking over the reign at East End Lions. He guided the East End giant club to triumph during the 2018/ 2019 Sierra Leone Premier League season undefeated.

Keister had previously served as head coach of the Leone Stars home-based team as well as the Sierra Leone under-17 and under-23 national teams.

The former Sierra Leone international in his playing days has had spells with Walsall, Chester City, Shrewsbury Town and Stevenage Borough.