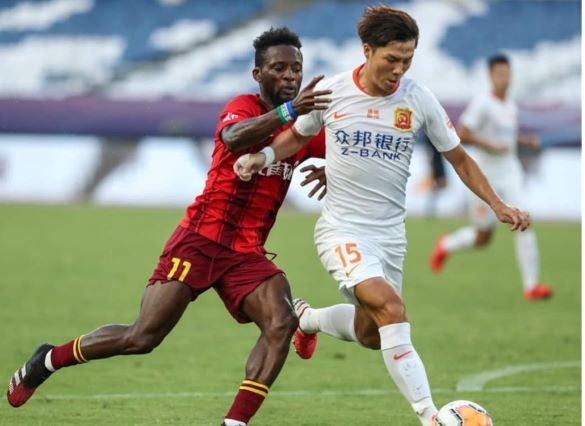 Mohamed Buya Turay scored his first goal as they claimed a 3-1 win over Wuhan Zall in the Chinese top-tier on Friday.

Xie Feng’s side registered their second victory in the ongoing campaign to move up to fourth on the standing.

Sierra Leone attacked broke the deadlock in the 26th minutes before Wuhan Zall responded with a goal from Lin Hang to level things up in the 44th minutes.

The host scored twice in the second half with goals from Yin Hongbo and Brazilan Marcao Amaral to wrap up the win.

Buya, who was subbed off in the 85th minute, has now recorded a goal and two assists in his last four matches.

Hebei China Fortune next outing is against Qingdao Huaghai on Thursday 27 in Group B of the Chinese Super League.