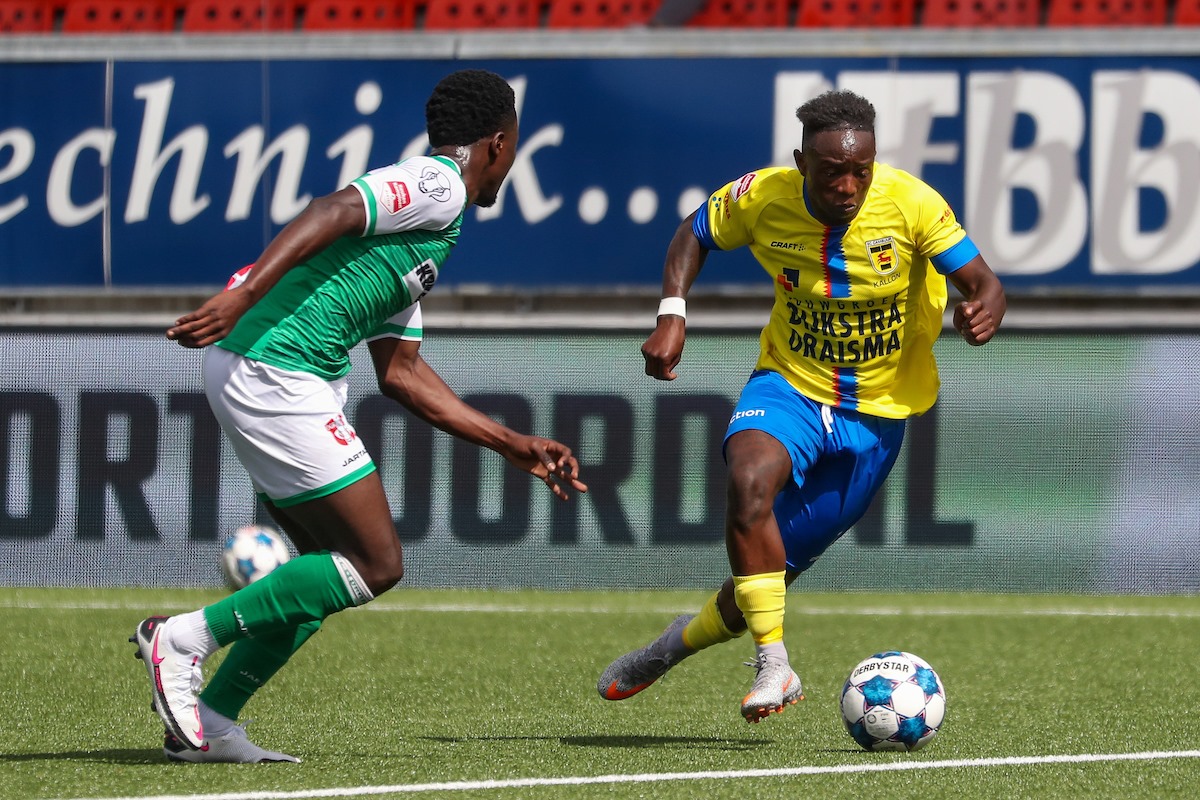 Issa Kallon and Sullay Kaikai were both on the scoresheet for their various clubs on Saturday in pre-season matches.

Midfielder Kallon scored the second goal for SC Cambuur in their 4-2 mauling over Dordrecht to continued their 100% off-season run.

The Dutch second-tier season will commence next Friday, August 28 with Cambuur hosting NEC Nijmegen for the opener.
Kallon last season was an instrumental figure in the Cambuur ranks. He scored six goals in twenty-one appearances for his side.
Meanwhile, Sullay Kaikai was also on the scoresheet in Blackpool 3-3 draw against Premiership side Everton at Bloomfield Road.
It’s was Gyli Sigurdsson’s brace that denied Blackpool an impressive pre-season win over Everton.
In the opening 10 minutes, CJ Hamilton, Sullay Kaikai and Grant Ward scored from a quick Blackpool start.
Dominic Calvert-Lewin and a brace for Sigurdsson denied Blackpool victory.
Connect with us @football_sierra, on Facebook/ Instagram Football Sierra Leone, the writer @bittar32 Contact bittar@footballsierraleone.net

? On the scoresheet again yesterday.