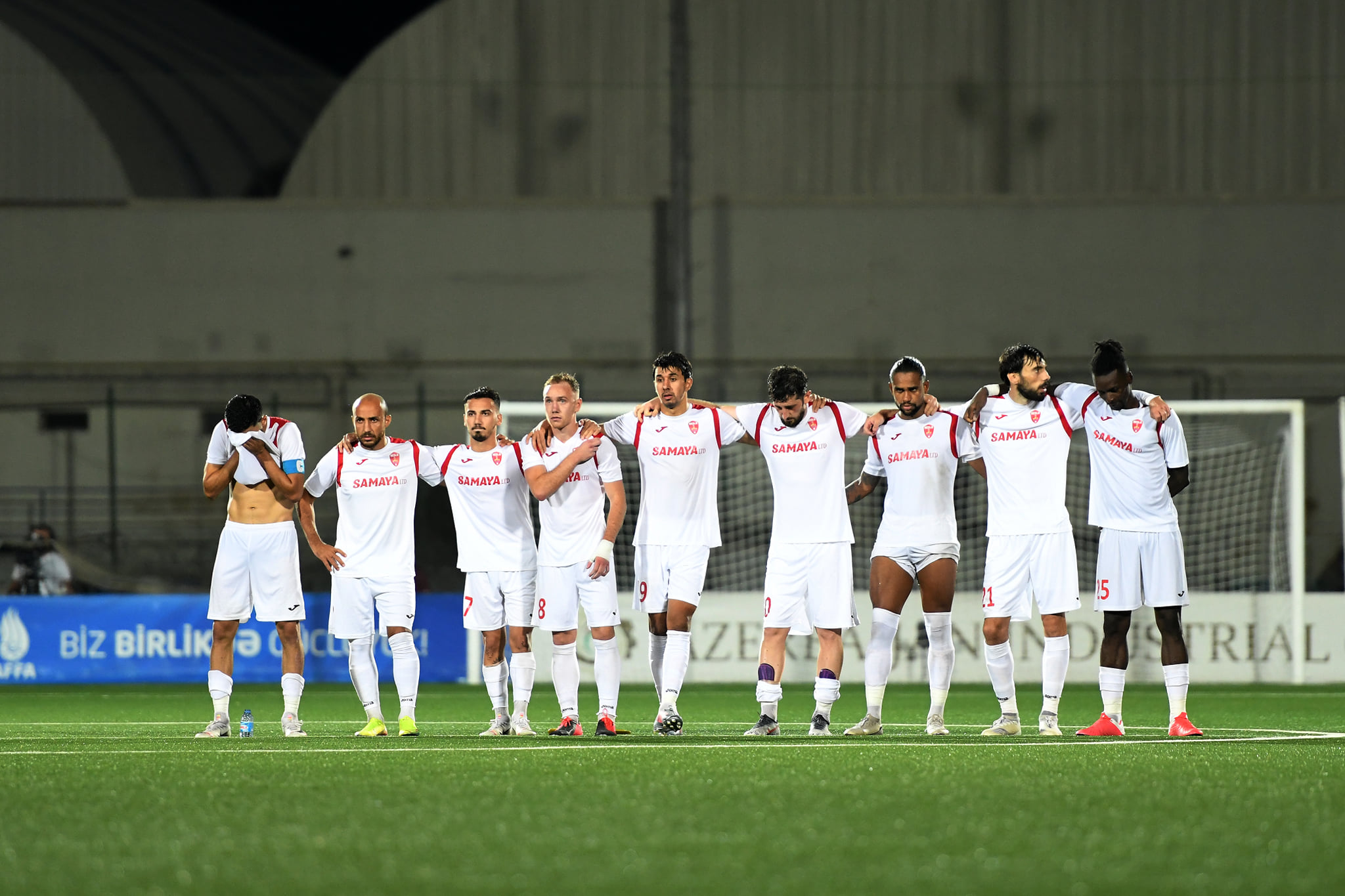 Sierra Leone International John Kamara, who played the full throttle of the first round Europa League qualifier, was left disappointed.

Due to Covid-19, all qualifying matches were decided in one leg.

Both teams ended the contest with 10 men after a barren draw before the penalty decider.”

It was a disappointing night because when you play at home in any competition fans will expect a win,” Kamara to FSL news.

“Losing on penalties obviously a tough defeat to take especially at home. However, we failed to capitalise on home advantage.”

Kamara played a vital role to helped the two-time Azerbaijan champions to a third place in finish last season to compete in the UEFA Europa League.