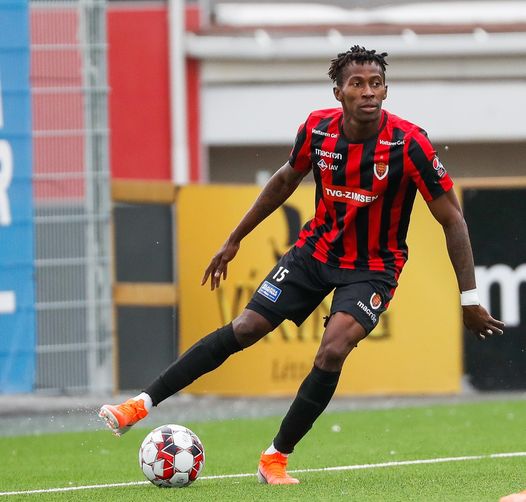 The 24-year-old won the 2019 Icelandic Cup played on 14 September at Laugardalsvöllur with Víkingur Reykjavik while on the first spell at the club on loan.
Quee was an unused substitution in Breiðablik Europa League first-round qualifier against Rosenborg in Norway last Thursday.
The Sierra Leone international prior to his Breiðablik move spent the last two season at Víkingur Ólafsvík in Iceland where he scored 17 goals.
“Vikingur’s football division has reached an agreement with Breiðablik’s football division on a loan agreement for Kwame Quee for the current season.”
“The Vikings expect a lot from Kwame and welcome him to the Vikings again,” the club said in a statement.
He has had spells with Doutcher United, where he started his career, Sierra Rangers, Papa jack FC before joining FC Johansen in 2009.
Connect with us @football_sierra, on Facebook/ Instagram Football Sierra Leone, the writer @bittar32 Contact bittar@footballsierraleone.net.