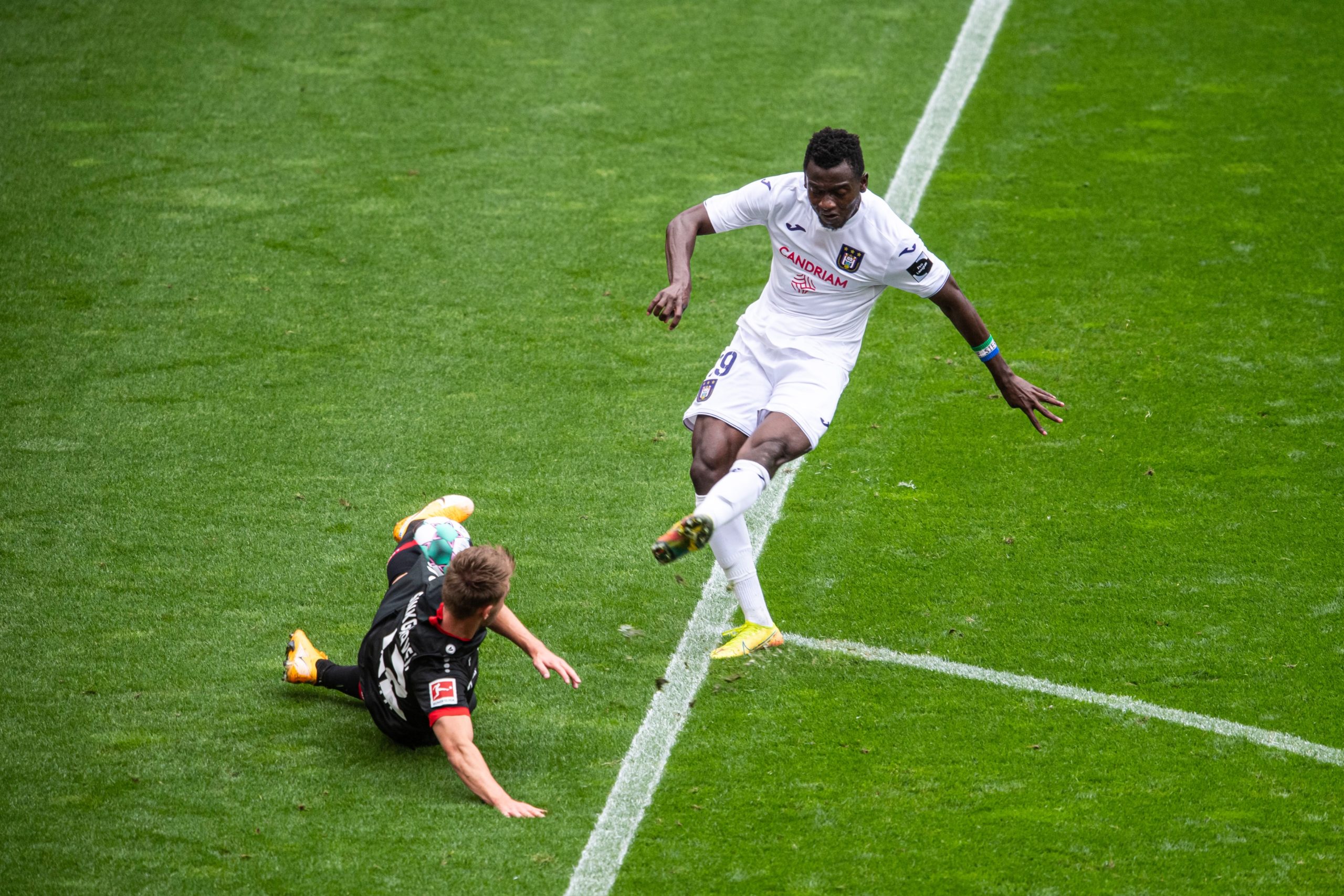 The test was Bayer Leverkusen first pre-season friendly ahead of the 2020/21 Bundesliga season.

Bundu, 23, who is yet to play in any official match for his Belgium side, was given a shot in front of the watching Anderlecht boss Vincent Kompany.
The Belgian side standing sixth on the Jupiler Pro-League log after only one win from their first four matches played.

The former Hereford attacker, who scored a total of 21 goals in 109 appearances for Danish club AGF Aarhus from 2016 to 2020, played the first 45th minute of the match.

Kompany’s men will take on Cercle Brugge in their next game of the season.