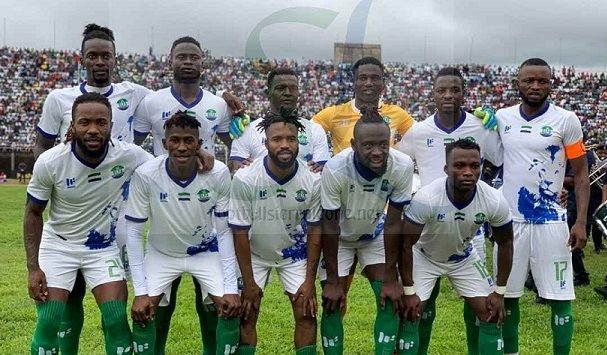 The SLFA says they have reached an agreement with their Mauritanian counterpart and the tie will serve as a warm-up for November’s Africa Cup of Nations qualifiers against Nigeria.

The continental football body, CAF last month confirmed November for the resumption of the AFCON qualifiers in the race to Cameroon 2022.

The Leone Stars last match was a 1-0 defeat to the Squirrels of Benin in Matchday two of the African Cup of Nations Qualifiers in November 2019.

Nigeria is expected to host Sierra Leone at the 22,000 seated Stephen Keshi stadium in Asaba before travelling to Freetown for the return fixture set for Freetown Siaka Steven Stadium.

The Leone Stars will travel to tackle the Eagles of Nigeria November 9th before hosting the three-time African champions in Freetown 17th, as they bid to reach next Afcon in Cameroon.

Head coach John Keister has already started his preparation with the home-based after rallied over 51 local stars pending Government lifting ban on football activities in the country.