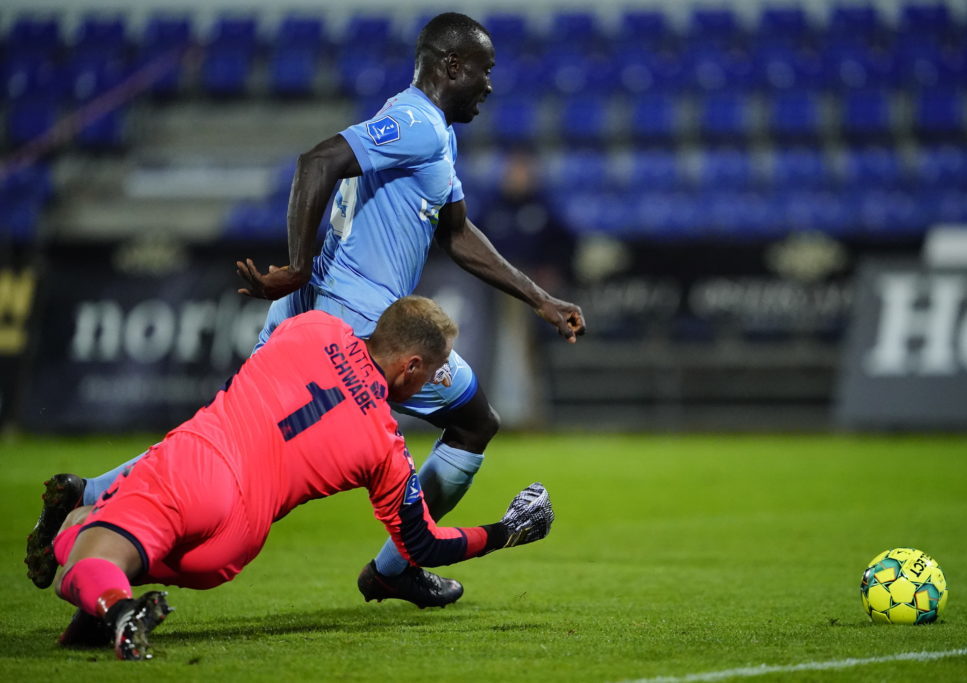 As a result, Thomas Thomasberg side suffered a second straight defeat in the Danish Superligaen in their opening four matches this campaign.

The former Norrköping striker goal came in the 74th minute after the visitors were two goals ahead.

His goal was initially ruled as offside, but after VAR check, it was allowed to stand as there was no offside.

Goals from Sigurd Rosted and Mikael Uhre in the 14th and 64th minutes respectively ensure four straight wins for the Boys from Vestegnen.

Randers next outing is when they travel to the South on Tuesday 6 October to meet FC Sydvest in the battle for the Sydbank Cup.

Meanwhile, Kamara was named in Sierra Leone squad for October 9th friendly date in Mauritania after a long absence from the national side.