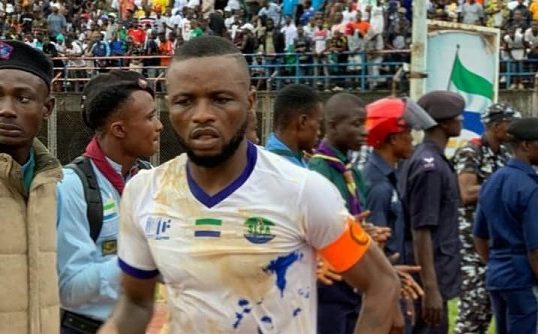 The Sierra Leone Football Association have confirmed the sad news in a release on Wednesday.

The SLFA says they are monitoring the situation as Bangura, who was substituted in 2-1 defeat in Mauritania due to injury was not part of the Niger friendly on Tuesday.

“I am ok, but we are on quarantine in Niger,” Bangura re-confirmed in a brief message to FSL News.

The match against Niger was Sierra Leone second in four days as they prepared to face Nigeria next month.

Having lost 2-1 in the first friendly game behind closed doors at the Stade Cheikha Boydie, Nouakchott Mauritania on Friday, John Keister’s men suffered another 1-0 second successive defeat – this time at the Stade Général Seyni Kountché, Niamey.