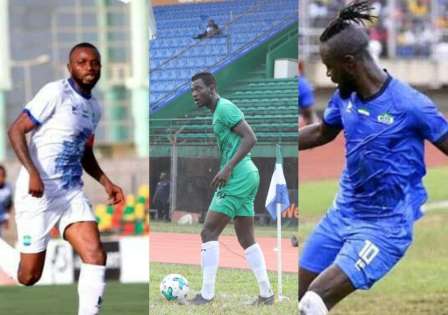 Sierra Leone head coach Keister will have to do without the service of skipper Umaru Bangura for their first leg tie in the race to Cameroon 2022 at the Samuel Ogbemudia Stadium in Benin City, Nigeria.

The Super Eagles will battle Sierra Leone in the qualifiers double-header against Sierra Leone on 13, 17 November but the Leone Stars will have to navigate through the first leg minus their influential FC Zurich defender.

Bangura, who has returned to his Swiss-based club after being cleared of Covid-19 in Niger, may be available for the return match in Freetown.

But Major League fifth all-time top scorer Kamara, 36, who scored a brilliant goal against Liberia during the second leg time of the 2022 World Cup qualifier in Freetown last September, has been recalled for both matches.

LA Galaxy II striker Augustine Williams, who won USL Championship’s Player of the Month for September/October after recorded seven goals in his last eight games is set to make his Sierra Leone debut.