Sierra Leone must not be complacent in Nigeria rematch 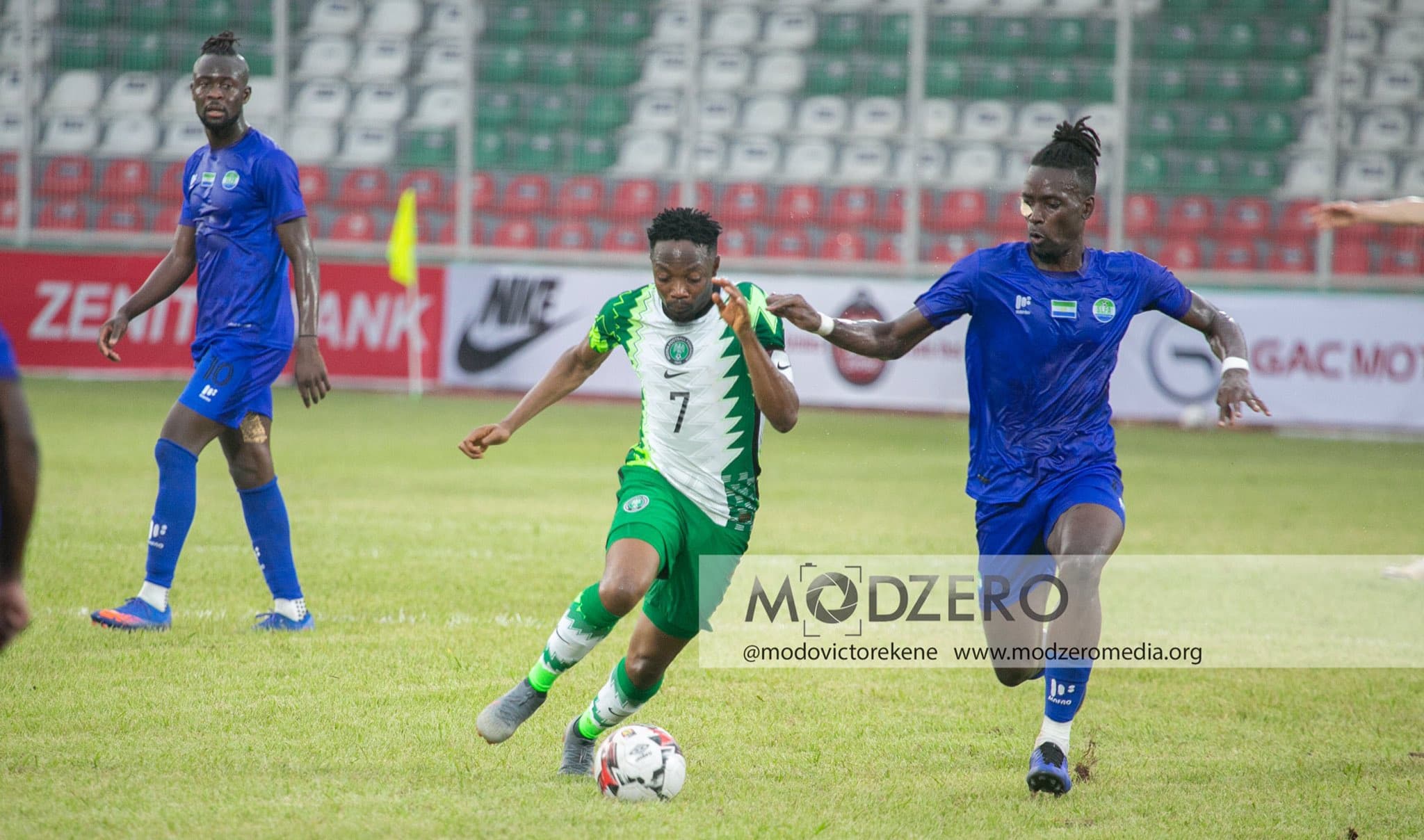 The group top scorer Napoli’s hitman Victor Osimhen has been ruled out. Regardless, German coach Gernot Rohr still have a host of strikers to call upon.

A win for the Leone Stars of Sierra Leone will surely pave a new direction and improve their chances to reach their third African Cup of Nations finals in Cameroon 2022.

However, a defeat or draw depending on the result in Lesotho will leave the Leone Stars with a slim hope which will not be good for a side that exhibited passion and resilient at the Samuel Ogbemudia Stadium in Benin City on Friday.

Having come from four-goal down to draw 4-4 sharing of the spoils against one of Africa’s footballing powerhouse, self-assurance must be brewing within the Leone Stars camp, but they must not be complacent in Freetown.

History can repeat itself as in 2001 when big names like centre back Taribo West, midfield maestro Jay-jay Okocha, enforcer Sunday Oliseh, winger Finidi George, present assistant coach Joseph Yobo were all part of a strong Eagles first team when local hero Sidique Mansaray under the supervision of Sam Obi Metzger trampled the Eagles wings to a 1-0 victory.

Coach John Keister was in the Leone Stars side during the FIFA World Cup Africa group B April 2001. On that day, he was a destroyer in the middle of the pack for Sierra Leone.

It’s not an exaggeration to say Nigeria can win in Freetown because they are proving soccer power in our continent, but Tuesday’s tie can go either way.

The three-time African Champions faced an embarrassing score-line to their West African counterparts’ 88th places below then in the global ranking which led to the President of the Nigerian Football Federation Amaju Pinnick to immediately summoned coach Gernot Roh, his technical crew and players to a stressful meeting just to command a four-goal victory without a reply from the host.

A strong message many have described as a possible team talk for the Leone Stars technical team.

Sierra Leone last Cup of Nations finals was South Africa 1996 some 26 years ago.

They're coming to beat us 4️⃣ without a reply! pic.twitter.com/5nd8TK3IZz