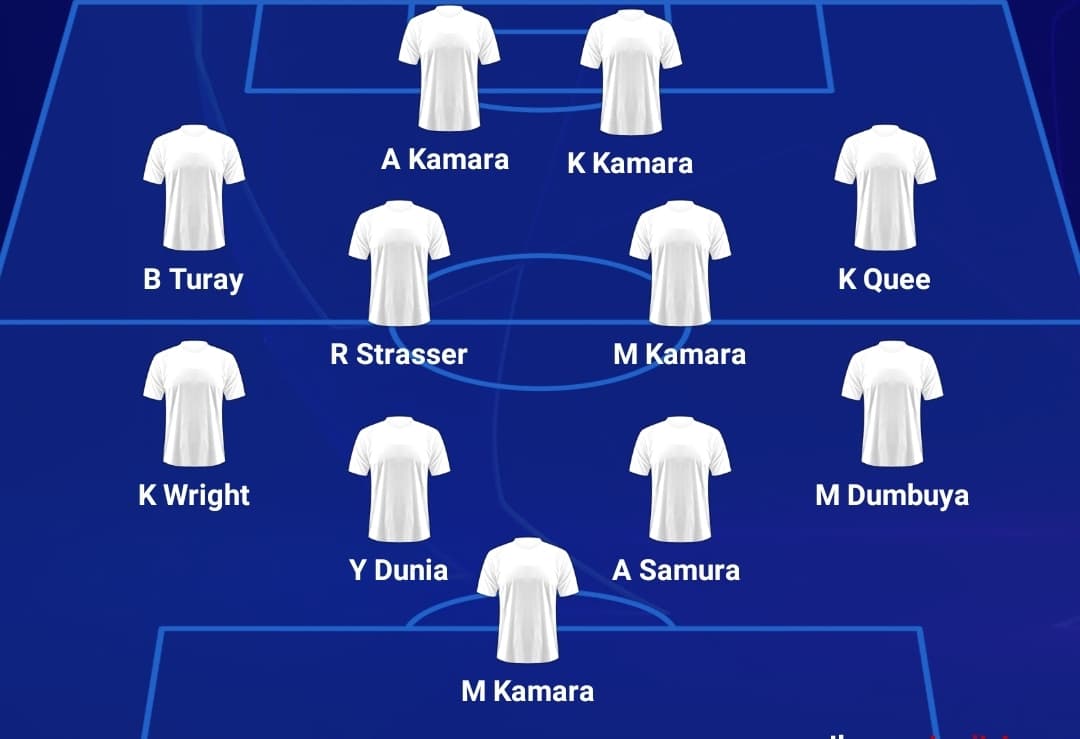 Samura, who is a promising prospect, will have to go against some of the big-name stars in the Nigerian squad this afternoon at the Siaka Steven Stadium.

Heavy-weight Randers striker Alhaji Kamara following his brace in the first tie on Friday will start alongside Kei Kamara.

Coach John Keister will be hoping for a positive reaction like the second 45-minute in Nigeria.

Nigeria coach Rohr, on the other hand, will be aiming his side put up a strong show after their lacklustre display to surrendered four-goal advantage on Friday.