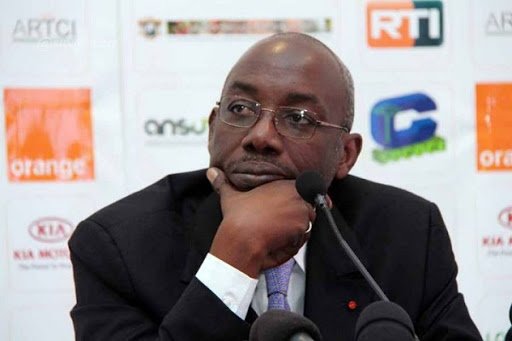 The President of the Ivorian Football Federation, (FIF) Augustin Sidy Diallo has been confirmed dead on Saturday, November 20, 2020, at aged 61 after contracting the deadly covid-19 pandemic.
After tested positive for coronavirus, he was taken to hospital but could not survive after several days.
News of his death sent shockwaves across the West African country and African football in general.
Diallo is known for his successes with the national team. He was elected as President of the Ivorian FA in September 2011 and spent nine years as the head of Ivorian football.
During his reign, he won the 2015 Africa Cup of Nations title and guided the country to take part in the 2014 World Cup.
He was the Vice President of FIF from 1991 to 1994, under the leadership of Dieng Ousseynou and Jacques Anouma which resulted in excellent results including winning their first Africa Cup of Nations title in 1992.
Connect with us @football_sierra, on Facebook/ Instagram Football Sierra Leone, the writer Prince Scott @PrinceArmaniSc2.