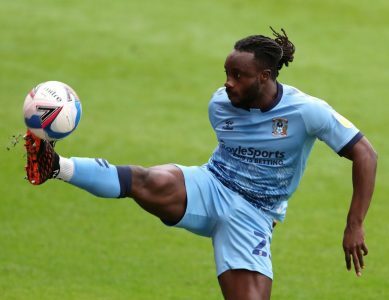 The right-back Dabo, 25, who recently signed a new three-year deal with the Sky Blues until 2023, having established himself as a first-team regular, will aim to help his side away from home.

Dabo, who is a Sierra Leonean descent, won the Coventry 2019/2020 Family Zone player of the Year.

He climbed through the ranks, signed his first professional contract at Chelsea before move out on loan to Swindon Town 2017.

The following season, he spent a season-long loan with Dutch side Vitesse, where he made five appearances in the Europa League.

The defender returned to Holland for the 2018/19 season, this time joining Sparta Rotterdam, before moving to the Sky Blues, signing a three-year deal.

Coventry standing fourth from the bottom as they battled through a difficult English Championship season.