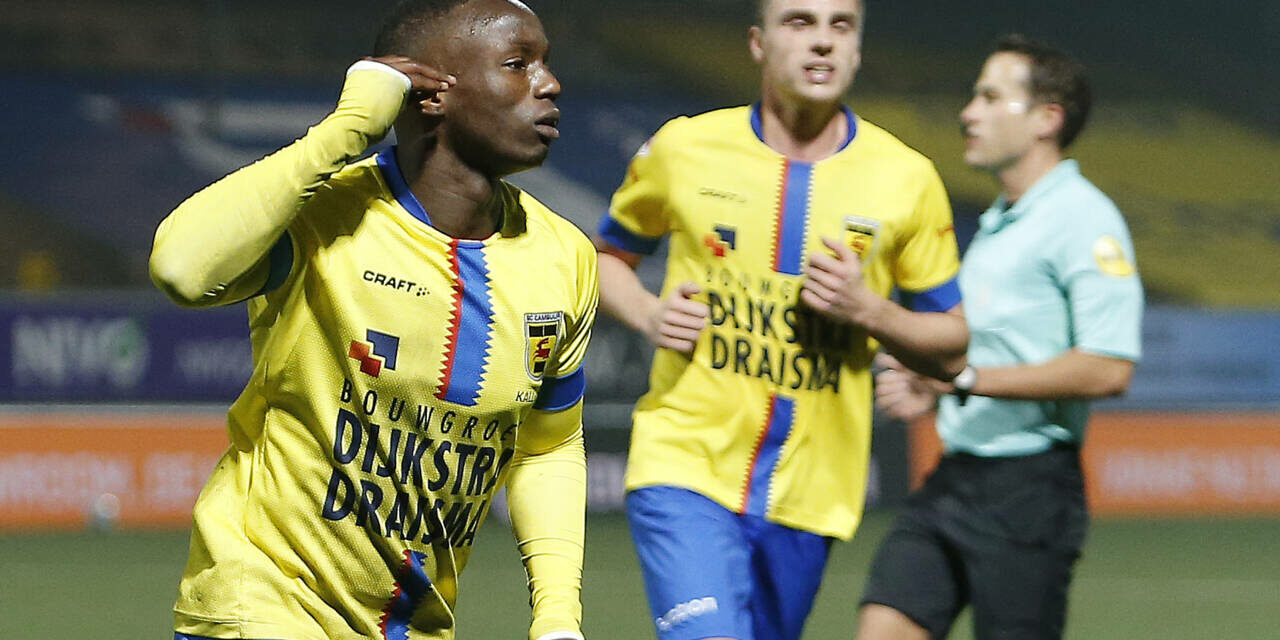 And the manner of this victory underlines just why many Dutch pundits looking at them as one of the promotion hopefuls after five-straight wins.

The away side started brightly with Robert Muhren’s opener in the 4th minute. He doubles his side lead in the 16th minute.

The visitors scored three times before the host pulls one back in the 29th through Joey Sleegers.

Calvin Mac-Intosch, impressively made it four 4-1 in the 34-minute before the host reduced to 10-men, Mawouna Amevor was sent off nine minutes to the end of the first half.

Just after, Robert Muhren completed his hattrick for the visitors and league leaders just before the break.

However, the home side rallied strongly to reduce the deficit via Pieter Bogaers 64th minute goal but was not enough.