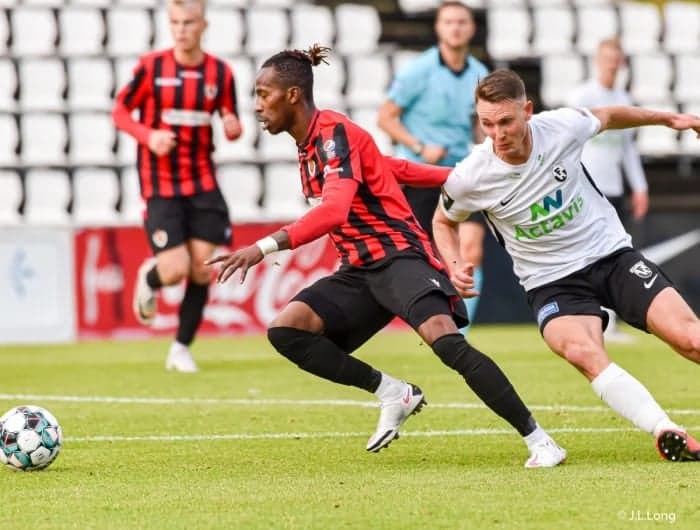 Attacking midfielder Kwame Quee has admitted his delight after signing a new one-year contract with Víkingur Reykjavík In Iceland.

The Sierra Leone International confirmed the news of his new deal with the club through his Instagram account.

“The long wait is over. I finally penned a one year contract with Vikingur Reyjkavik, forever committed to the game I love most,” he posted on his official Instagram account.

Kwame, 24, has had spells with Doutcher United, where he started his career, Sierra Rangers, Papa jack FC before joining FC Johansen in 2009. In Iceland with Víkingur Ólafsvík, Breiðablik and Víkingur Reykjavik.

He played ten league games with Breiðablik last season before he was sent on loan to Reykjavik, where he featured in six games.

The former FC Johansen player won the 2019 Icelandic Cup played on 14 September at Laugardalsvöllur with Víkingur Reykjavik while on the first spell at the club on loan.