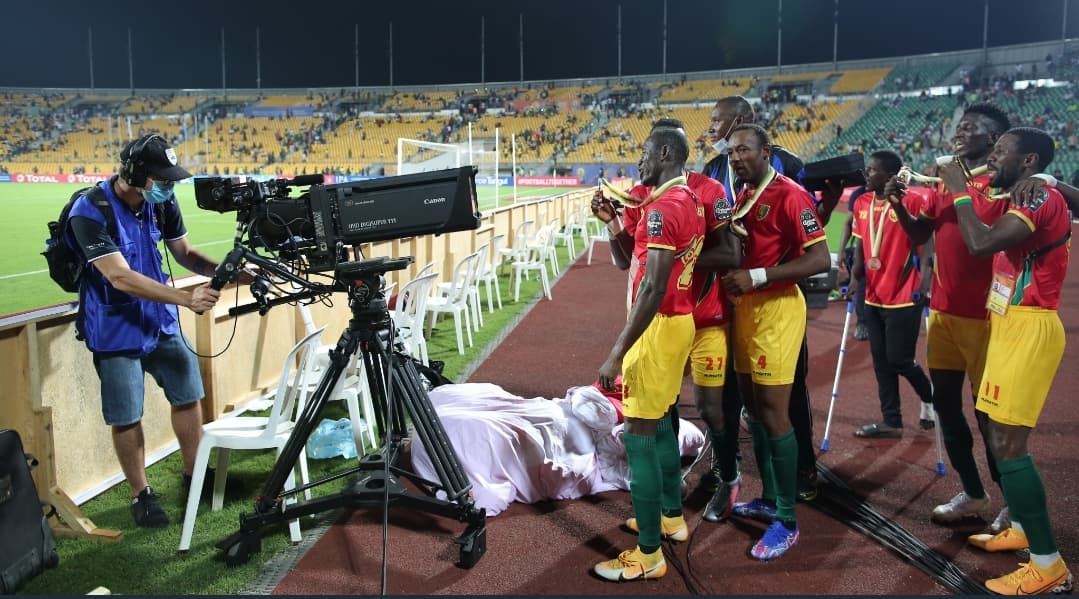 A fast start from Syli Nationale helps them to two first-half goals as Cameroon were unable to respond at the Reunification Stadium in Douala.

Guinea got off to the perfect start when Morlaye Sylla, who has enjoyed an impressive tournament for the West African nation, split the Indomitable Lions defence before slotting in past Cameroon keeper Haschou Kerrido to make it 1-0 inside the first ten minutes.

They doubled their advantage just before the break when Mamadouba Camara finished decisively after springing Cameroon’s offside trap to make it 2-0.

In the second half, Cameroon tried to rally for a way to a comeback, but their efforts were unproductive.

The final between defending champions Morocco and Mali is set for Yaoundé on Sunday with FIFA President Gianni Infantino expected to attend.

Although the tournament is restricted to home-based players, matches carry full international status and count toward the monthly FIFA world rankings.

🐘 A legendary effort from the National Elephants seals them the bronze medal! 🥉#TotalCHAN2020 | #GUICMR pic.twitter.com/IwM8tkvJFE