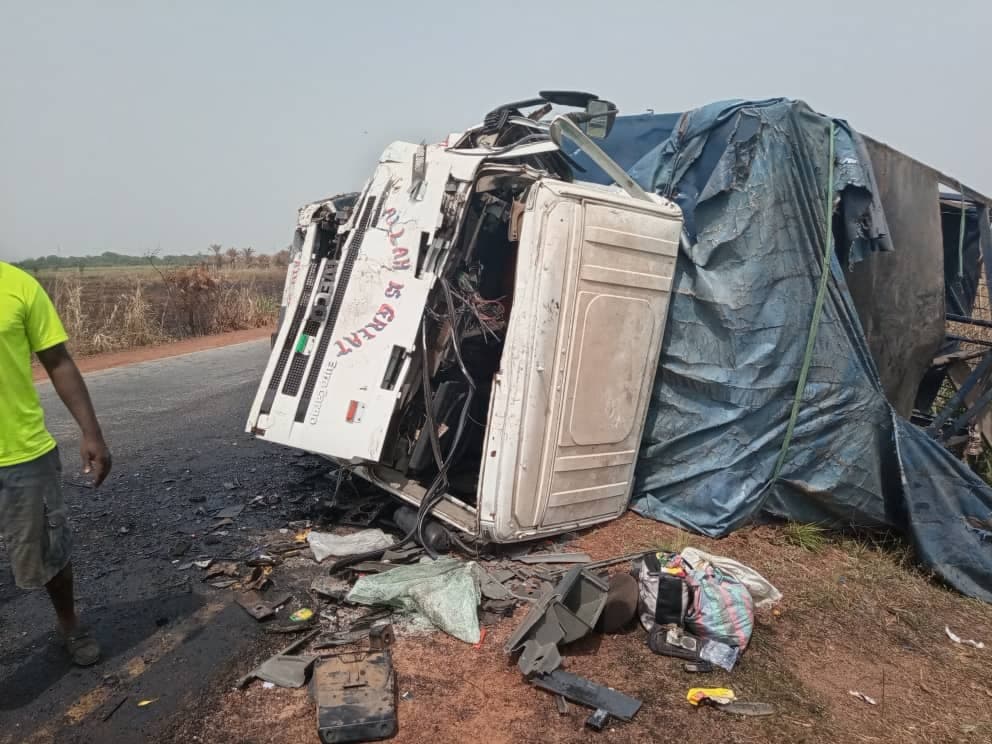 A total of 30 individuals, 25 players, a coach, and officials were in a min-bus when their bus collided with a loaded truck coming from the opposite direction.

He said among the nine footballers, defender Anward J Koroma, Daniel Kanu, a goalkeeper and head Coach Samuel Kanu are among the deceased.

They were returning to Makeni from Batkanu in Karane District after playing a successful community football gala.

About 20 seriously injured, some are reported to be in critical condition in Makeni Regional hospital.

The North East football body has suspended all football activities in Bombali until the players are buried.

Football Sierra Leone will bring you the latest as we get them on this difficult news.