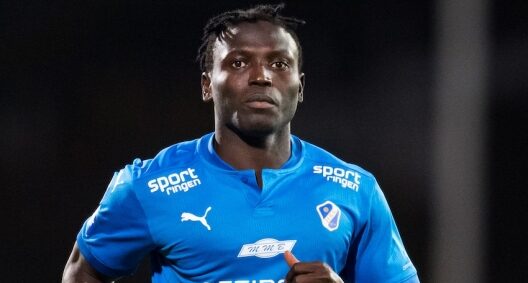 Kamara, who joined the Swedish side from Greek top-flight side Panetolikos in March 2020, scored in the 93rd-minute to wrapped up a six-goal victory away from home in their bid to promotion.

He will join fellow Sierra Leonean Michael Kargbo and Suffian Kalokoh at the club.

“With his experience, he will be a great help to the younger guys in the team. He has the right personality and will fit perfectly into our squad,” he explained.

IFK Värnamo is a newcomer to the Superettan . Kamara scored two goals in 14 games last season with Halmstad BK.