Ghana down Uganda to clinch fourth Total AFCON U20 title 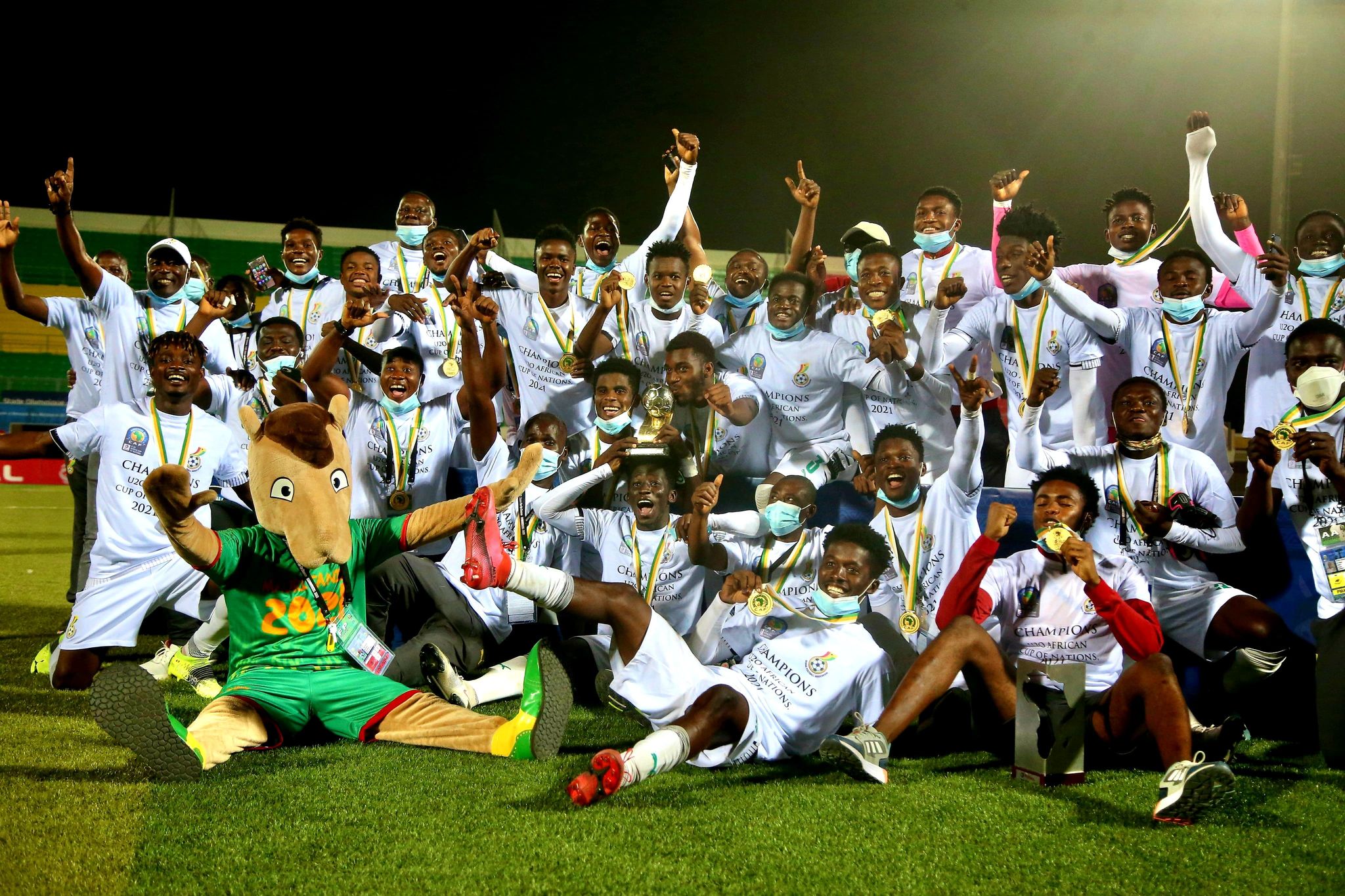 Ghanaians worldwide celebrated their U20 triumph in Mauritania on their 64th Independence Day.
The West Africans proved too strong with a 2-0 victory over first-timers Uganda at Stade Municipal in the Mauritanian capital of Nouakchott on Saturday evening.
Captain Daniel Afriyie Barnieh registered both goals in either half of the match.
It was the Black Satellites’ fourth title following successes in 1993, 1999 and 2009.
President Nana Addo Dankwa Akufo, Black Stars captain, Andre Ayew, and others were all in a jubilant mood after Black Satellites victory.

“Congratulations to the Black Satellites for winning Ghana’s 4th AFCON U-20 trophy. Thoroughly deserved victory, and they’ve made Mother Ghana proud. What a way to celebrate our 64th Independence Anniversary!!” President Addo posted on his official Facebook page.

“Congratulations boys. Africa u20 champions!!! You have made the nation proud 10 years later, and it’s coming home. It’s just the beginning. Proud nation.”

See many other reactions…

Congrats to the Black Satellites @ghanafaofficial