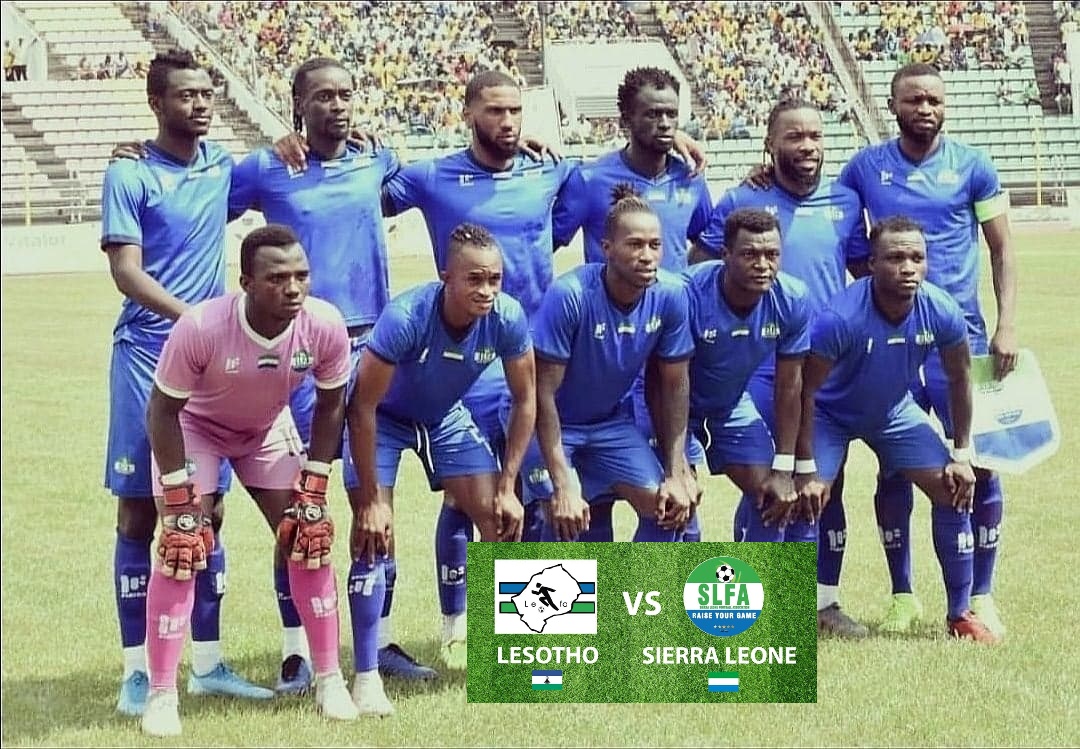 Sierra Leone will commence a 3734 miles journey to Maseru, Lesotho, on Wednesday in their hunt to break a 26-year Africa Cup of Nations drought.

Group L third-placed side will depart Freetown en route to famous Bloemfontein, one of South Africa’s capital, on their way to Lesotho’s capital Maseru, to honour their match day five fixture on 27 March against the Likuena at the Setsoto Stadium in Lesotho.

Twenty-five years ago, Leone Stars won their only Afcon match with a 2-1 win over Burkina-Faso at the Free State Stadium goals from Idol Mohamed Kallon and John Gbassay Sesay.
In the same stadium, they suffered a 2-0 defeat to Algeria and 4-0 to Zambia during their second appearance in the 20th edition of the Africa Cup of Nations.
As the saying goes, if you fail to prepare, you are prepared to fail as proper planning is fundamental to success. Burkina-Faso, since 1996, have gone on to host the 1998 21st edition of the Africa Cup Nations, where they ended up as the fourth-best side, plus eight more appearances at the biggest stage of continental football.
In the 2017 competition, they were the third-best side, whereas Sierra Leone, one of the nations to have inflicted pain at the Burkinabe’s still in the hunt for their third Afcon appearance.
However, in a few days’ time, all that could change as the destiny of the West African nation now in their hands.
Coach Keister’s is optimistic that he has the experienced to drive his side to the finishing line.
“I am optimistic because there is a lot of experience and youth in the squad, so I am looking forward to it,” he vehemently told FSL UK.
“Sierra Leoneans just need to keep supporting, and that will help the players in their application and drive.”
Lesotho coach Thabo Senong, on the other hand, has said he does not think there is pressure towards him and the team. He said they prioritise performance because if they perform well, automatically there will be results and that they have to minimise mistakes while staying focused.
It is expected to be a cracker in Group L with Nigeria taking on Benin away at the Charles de Gaulle Stadium. A win for Benin on Saturday will ensure their ticket for only the fifth time and a consecutive one after 2004, 2008, 2010 and 2019 editions.
Experienced MLS striker Kei Kamara, former Bolton Midfielder, Mohamed Medo Kamara, former Milan midfielder Rodney Strasser are amongst the names of players that could help their beloved Sierra Leone cross the finishing line against Lesotho and Benin.
Victory against Lesotho and Benin will mean jubilation nationwide as Leone Stars will be making a third appearance in Afcon finals in Cameroon 2022.
Connect with us @football_sierra, on Facebook/ Instagram Football Sierra Leone, the writer @bittar32 Contact bittar@footballsierraleone.net.