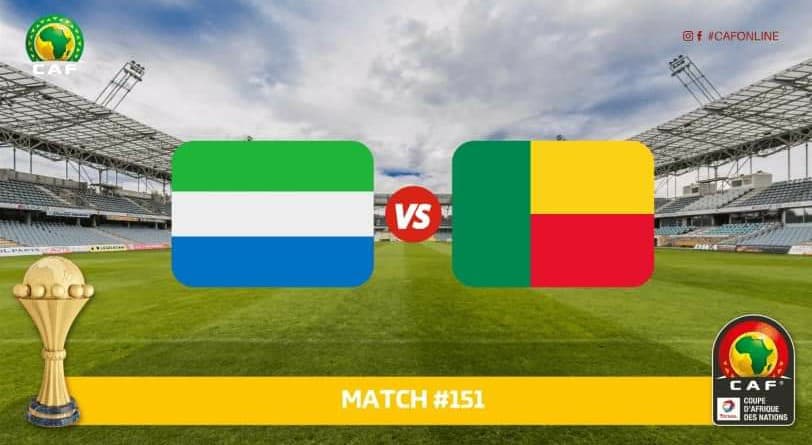 Sierra Leone will have to wait until June during the next FIFA date to know if they will join other Zone 2 nations when they take on Benin for a place in Cameroon 2022.

Their final Group L qualifier was cancelled on 30 March due to the visitors contesting local authorities’ Covid-19 results after five Benin players were tested positive for the virus.

The SLFA has said they will appeal against the Confederation African Football decision to schedule a new date for the clash against the Benin Republic.

“The committee made this decision after reviewing official accounts of the incidents that stopped the match from taking place at the scheduled time,” CAF said in a statement.

CAF added that they have informed the Sierra Leone FA and Benin about its decision and will provide further information on the rearranged fixture in due course. The committee, therefore, felt that moving the match to the next international window was the better course of action.

Sierra Leone needed to win at home to reach the tournament for the first time in 25 years. Benin needed only a draw.

Only one team will join the already 23 qualified nations to compete in next year’s finals in Cameroon.

Meanwhile, all Zone 2 nations, the likes of Senegal, Guinea, Mali, Cape Verde, Guinea Bissau, Mauritania and the Gambia, have qualified for Cameroon.

Sierra Leone, who won the Zone 2 tournament in 1993 and 1995, will wait to face their final hurdle against Benin.

The Benin-Sierra Leone cancellation was the second bizarre incident on the final day of qualifiers.

HotNews: Sierra Leone, 🇸🇱 @fbfofficiel 🇧🇯 set for June in the next FIFA window according to a letter seen via a CAF official who was part of the disturbing match atmosphere yesterday in Sierra Leone 🇸🇱.#SierraLeoneStories#TotalAFCONQ2021 #SaloneTwitter pic.twitter.com/DJoPNvMq5A