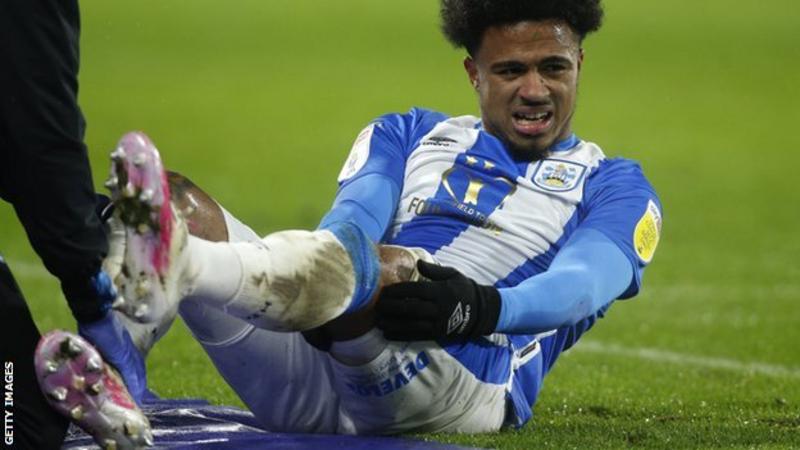 Championship side Huddersfield Town handed an injury boost with the news of influential forward Josh Koroma has returned to training with the first-team group ahead of schedule.

Manager Carlos Corberan has confirmed that Koroma, 22, former Leyton Orient player was the club’s star performer in the first months of the Carlos Corberan era and scored six times before suffering a serious hamstring injury in the victory over Sheffield Wednesday in December.

Carlos Corberan welcome light at the end of the tunnel, with a return to training, is a significant moment.

Meanwhile, Corberan, whose side welcome Brentford on Saturday, confirmed that Rolando Aarons is back available for selection.

He said: “Josh Koroma trained for the first time on Friday with the group, so we have moved forward the time of the recovery a little bit because we did not expect to have him back this week, but in the next weeks.

Koroma last action was in December in Town’s 2-0 win over Huddersfield Sheffield Wednesday.