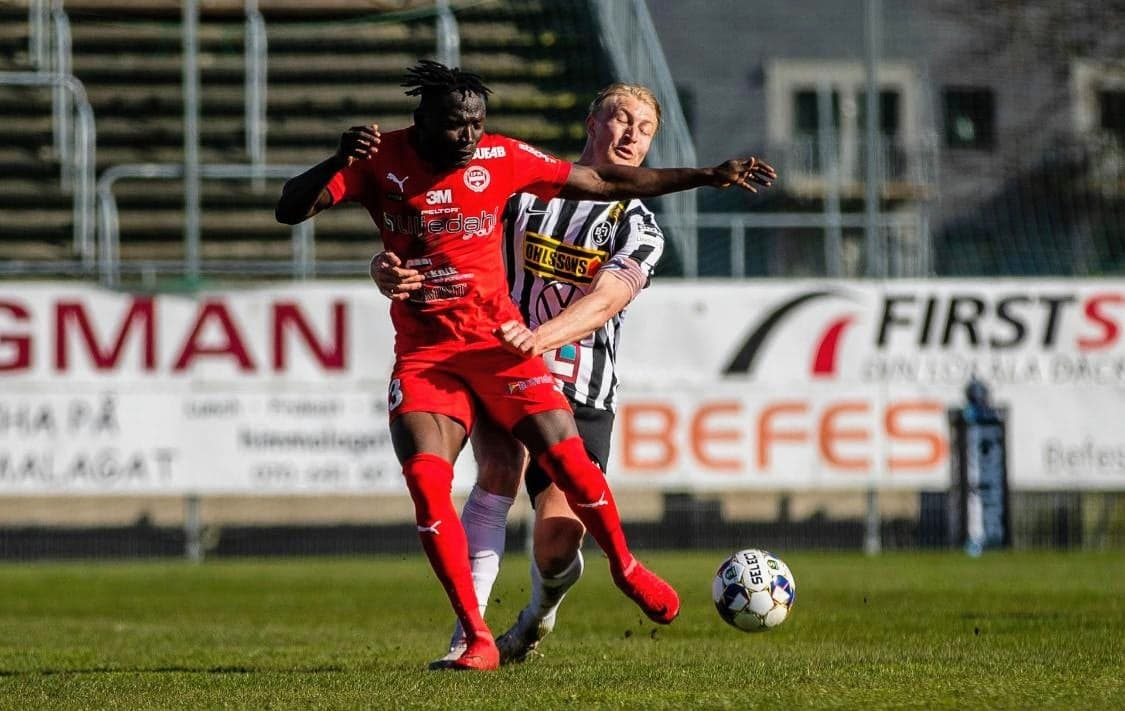 Sierra Leone striker Alhassan Crespo Kamara made his Swedish Superettan debut for IFK Värnamo in their 2-0 defeat away to Landskrona Bois on Saturday.

The 28-year-old played his first 81-minute before he was subbed off as the newcomers suffered opening defeat.

“A difficult first game collectively because the team have a bunch of new faces. We will take some time to get used to each other, but we have great potential, ” Kamara told FSL news after the game.

“I believe soon we will find our form as a team. Individual, I think it realistic to say I have been out from playing regularly for some time now, but my goal is to be among the top scorers at en end of the season.”

Kamara will have a chance to open his account why they host GIF Sundsvall on Sunday, April 18th at home.

The former Örebro and Häcken striker was an instrumental figure for the Greek side Panetolikos and scored three goals in all competitions before suffered a serious injury in December 2018.