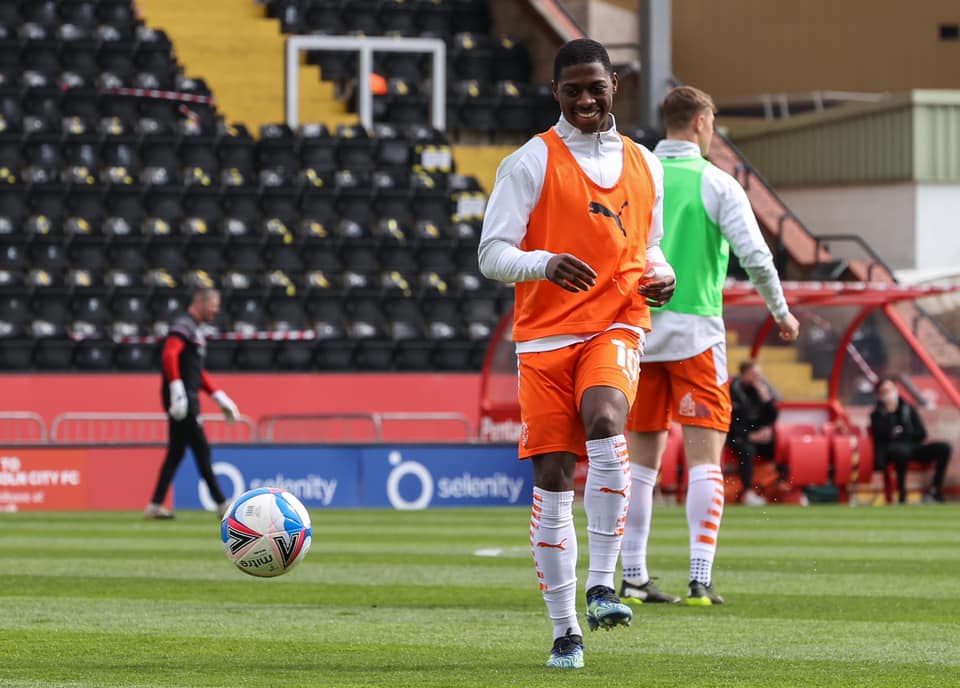 Sierra Leone native Sullay Kaikai was again on target for Blackpool on Saturday in their 2-2 draw away at Lincoln City.

The winger, who was on the scoresheet against Gilliahman last weekend, double their lead at LNER Stadium to register sixth of the season.

The Seasiders run of five straight away wins ended at Lincoln City after the host rallied from two goals down earned themselves a point.

The Seasiders were two to the good just three minutes into the second half after Sullay Kaikai added to Ellis Simms’ first-half strike.

Two late goals from Anthony Scully and Brennan Johnson, ensured Lincoln took a share of the spoils on the afternoon.

The visitors Blackpool was impressive and deservedly took the lead with just over five minutes of the first half to go. Ellis Simms won the ball on the edge of the area, cut inside onto his left foot and curled an effort past Alex Palmer in the Lincoln goal to give the Seasiders the lead at the half-time break.

Blackpool was looking to kill Lincoln off with 15 minutes to go when Anthony Scully fire in a rebound with a first-time effort. And the hosts were level with five minutes to go. Brennan Johnson, who impressed all game, fired a shot into the roof of the net past Maxwell to level the score.