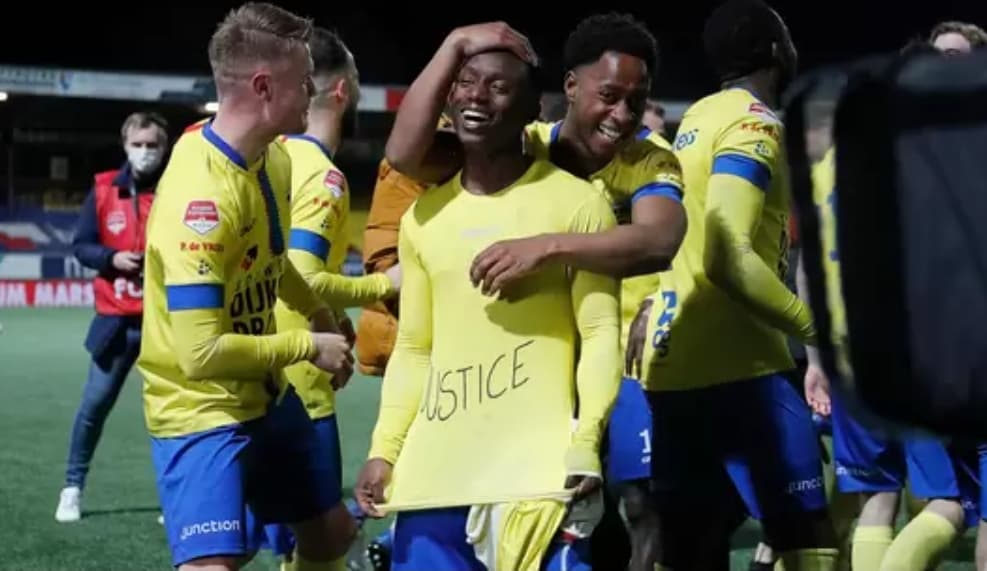 Issa Kallon scored his tenth of the season as SC Cambuur strengthen their Dutch topflight promotion grip with a 4-1 thrashing of Helmond Sport in Leeuwarden on Friday.

Henk de Jong’s team has been clinical throughout the campaign, with two goals from top scorer Robert Mühren, Issa Kallon and an own-goal from Alec VanHoorecbeck, which were enough for the home team.

They are on 82 points with 69 goals in favour, having won 26 games. Cambuur will take on Jong AZ on Friday at Kalverhoek and a win will not only reaffirm their status as Champions but also as a new Eredivisie side.

Kallon, a graduate from FC Utrecht, accounted for his tenth of the season in the 45-minute.

Winger Issa Kallon and compatriot Alex Bangura will be playing the highest level of Dutch football if they stay at the club next campaign.