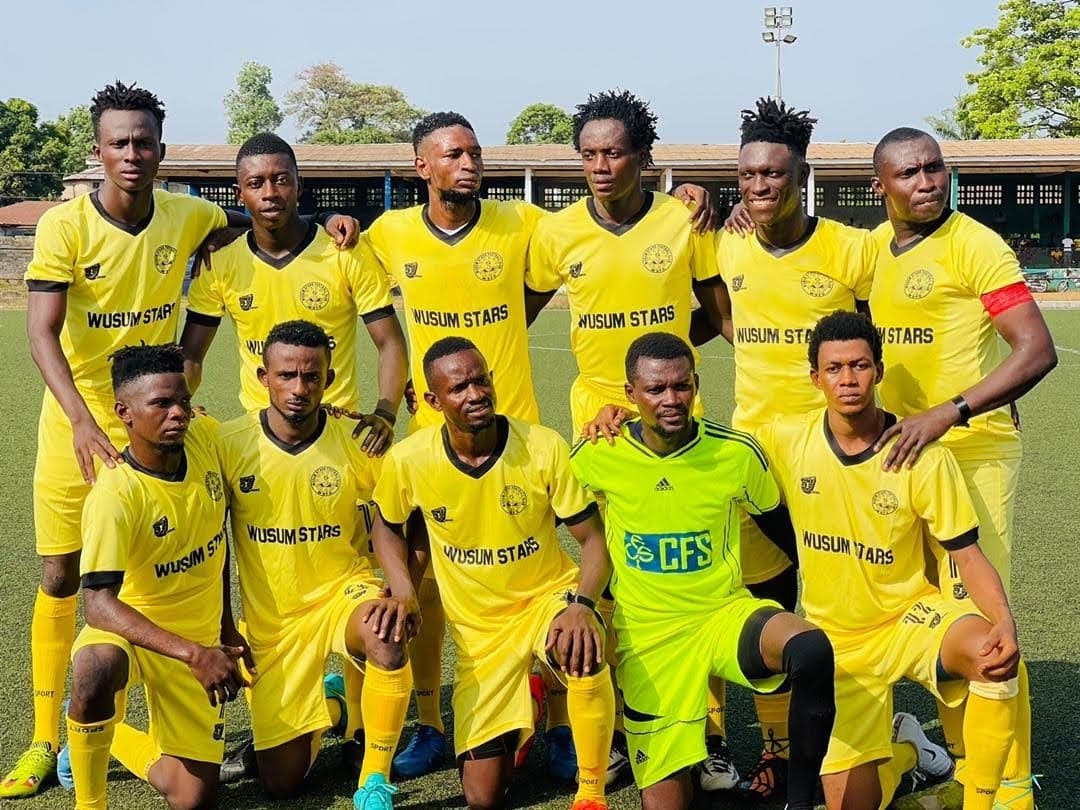 Thirteen months after the 2019-20 season was declared null, a new Sierra Leone Premier League campaign gets underway on Friday – with 306 matches to play over the next three-month.

There are three opening matches spread across the day of the new season, two kicking-off at 16:15 local time with FC Kallon hosting Ports Authority in the day’s evening kicking off at the Siaka Steven Stadium.

For the first time in the country’s history, eighteen teams, including some traditional names, will race for the title in a one-round league format.

Anti-Drugs were the last team to win 2-0 against Freetown City FC before last season was cancelled.

Another mouthwatering showdown is Bai Bureh Warriors at home against one of Sierra Leone’s most decorated side Mighty Blackpool at the Port Loko playing field on Saturday.

On Sunday, Wusum Stars in the photo look to start brightly against the Republic of Sierra Leone Armed Forces outfit RSLAF in Makeni as big spenders Bo Rangers in for a cracker hosting East End Lions.

Impressive Bo Rangers were top of the league table with 23 points from 13 matches played during the first half of the 2019/20 campaign before it was halted due to covid 19.

The new format will see each of the eighteen teams play seventeen games as was unanimously agreed by the Premier League Board (PLB) in consultation with the Sierra Leone Football Association (SLFA).