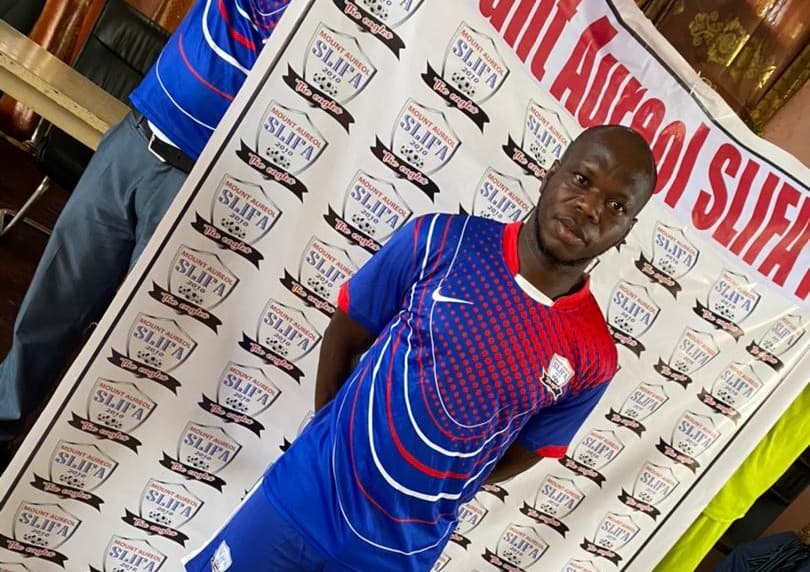 The former Ports Authority and Central Parade defender set to captain his new side on Friday against Anti-Drugs FC in their season opener at the Approved School playing field.

SLIFA Mount Aureol were among the four newly promoted teams joining the traditional 14 teams, with 306 matches to be played across the country over the next three months, thirteen-month after the 2019-20 seasons, was declared null.

Fornah, who can be best described as a hostile watchdog in defence, departed Sierra Leone in 2005 to join Al-Saida in Lebanon.

“I am so excited to be back, ready to give my best in this level again and can’t wait to get started,” the 34-year-old told FSL News.

“I am here to help to pass on my experience, hopefully, be able to guide these young guys in the right direction. Never too late to be a mentor as I also want to enjoy it and have some fun.”

“New team, but determine as everyone at the club working on helping the team achieve a top-five position on debut season which will be a great success.”

Commonly known as Medo Reizeger, who won over fifteen caps with the Leone Stars, was part of the Sierra Leone U-17 side participated in the tenth edition of the FIFA U-17 World Championship in Finland in August 2003.