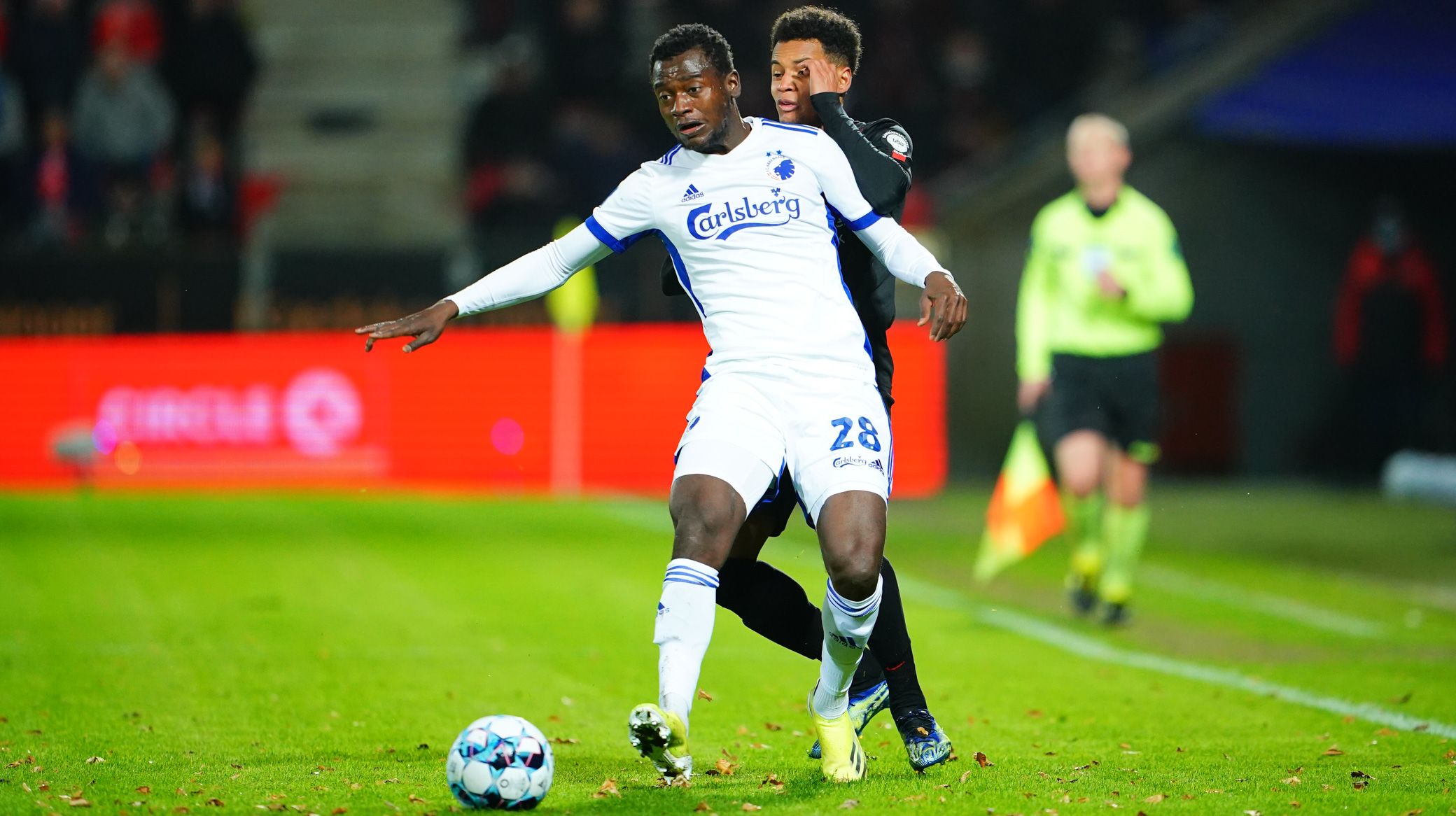 Mustapha Bundu scored a consolation goal in FC Copenhagen 4-1 defeat to Midtjylland in their Group A playoff match on Thursday.
The 3F Superliga Championship Group A leaders were leading 3-0 when Bundu reduced the deficit to 3-1 in the 71st.
The Sierra Leone striker replaced Jonas Wind in the 58th minute to scored his first goal in 21 games that include nine appearances with Anderlecht.
The former AGF attacker, who join Copenhagen on loan in January, will be hoping to continue after he finally found his scoring shoes.
Copenhagen next outing is on Sunday, April 25th against AGF at Aarhus Ceres Park Stadium.
A familiar zone for Bundu, where he scored 21 goals 25 assists in 109 appearances during his four-season spell with the club.
Watch Highlights.
Connect with us @football_sierra, on Facebook/ Instagram Football Sierra Leone, the writer @bittar32 contact bittar@footballsierraleone.net.