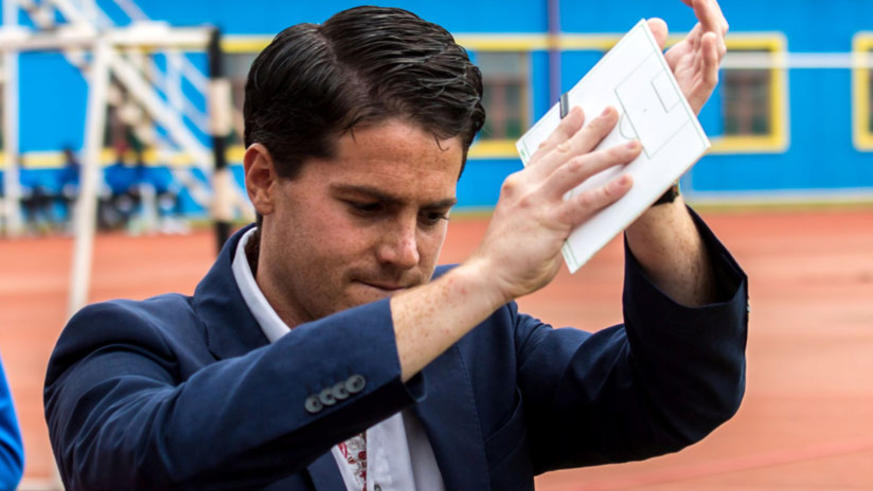 Northern Irishman, who was appointed in 2019 on a three-year contract, was asked to step aside ahead of Cranes final Africa Cup of Nations qualifiers last month.

Mckinstry confirmed that he has reached an agreement with FUFA to leave his role as Head Coach of the Uganda men’s national team.

“It has been my pleasure to work with dedicated staff and players to develop the Uganda Cranes since 2019 – a period that saw us win 2 in every 3 games, recording a 67% WIN rate – including 12 wins, 3 draws and only 3 defeats across our time together,” he posted on his official website.

Mckinstry was expected to qualify Uganda for the 2021 Africa Cup of Nations in Cameroon, but they failed in the race.
Under his supervision, Uganda started brilliantly in the 2021 AFCON qualifiers when they top Group B with a win over Malawi and a draw with Burkina Faso. However, their 1-0 defeat to lowly rated South Sudan at the Nyayo National Stadium, Nairobi, ignited FUFA’s decision.
Follow us on Twitter @football_sierra On Facebook & Instagram: Football the writer @bittar32 Contact bittar@footballsierraleone.net

I have today reached an agreement with FUFA to bring to an end my role as Head Coach of the Uganda men’s national team.