Sierra Leone given the nod to host Cup of Nations 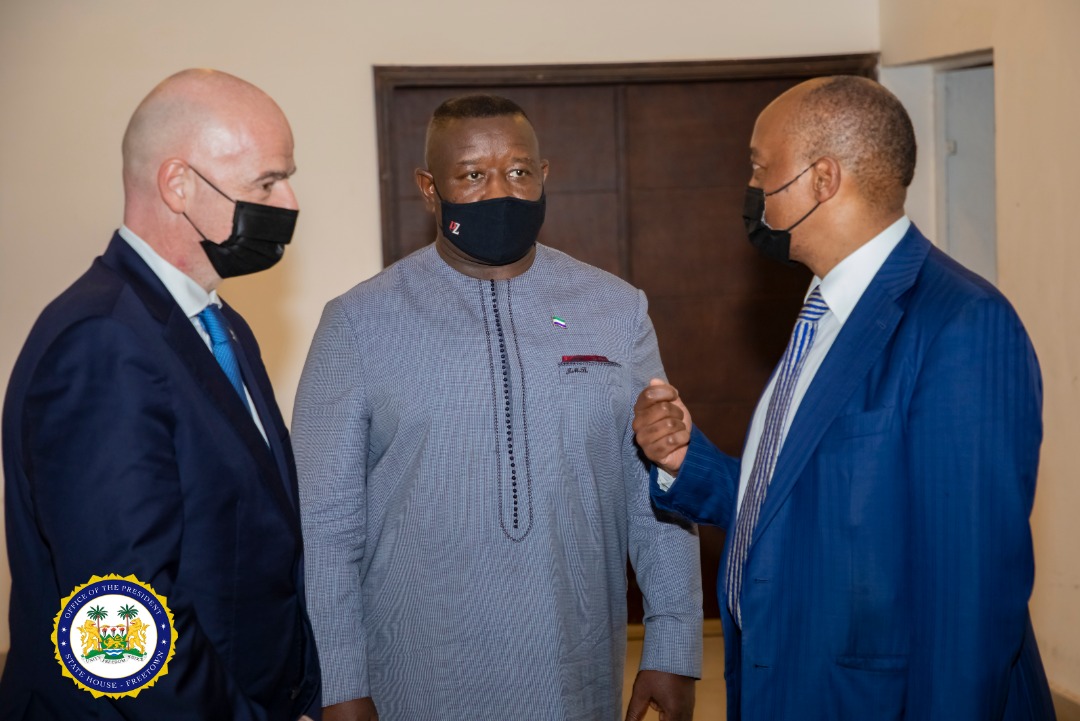 Patrice Motsepe, President of the Confederation of African Football (CAF), has nudged Sierra Leone to bid for the African Cup of Nations.

Speaking during a few hours visit to the country, alongside Fifa president Gianni Infantino and General Secretary Fatma Samoura, Motsepe floated the idea during a courtesy call to the country’s president Julius Maada Bio at the State Lodge.

Motsepe said: “CAF and FIFA are committed to supporting Sierra Leone with the requisite infrastructure to host the African Cup of Nations in the not-too-distant future.”

Sierra Leone has only one internationally recognised stadium that is over four decades old. The Siaka Stevens stadium was built in 1979 with the help of the Chinese government. Other venues across the country. In Bo, Kenema and Makeni have been undergoing rehabilitation in recent years, some through Fifa assistance.

The next Cup of Nations will be hosted in Cameroon, and the subsequent two will be in West Africa in Ivory Coast and Guinea.

If Sierra Leone are to successfully bid for 2027 Afcon, it will be the third country in a row from West Africa to host the continental showpiece.

Hosting the Afcon will be a massive socio-economic boost for a country that was devastated by a decade long bloody civil war which started in March 1991.