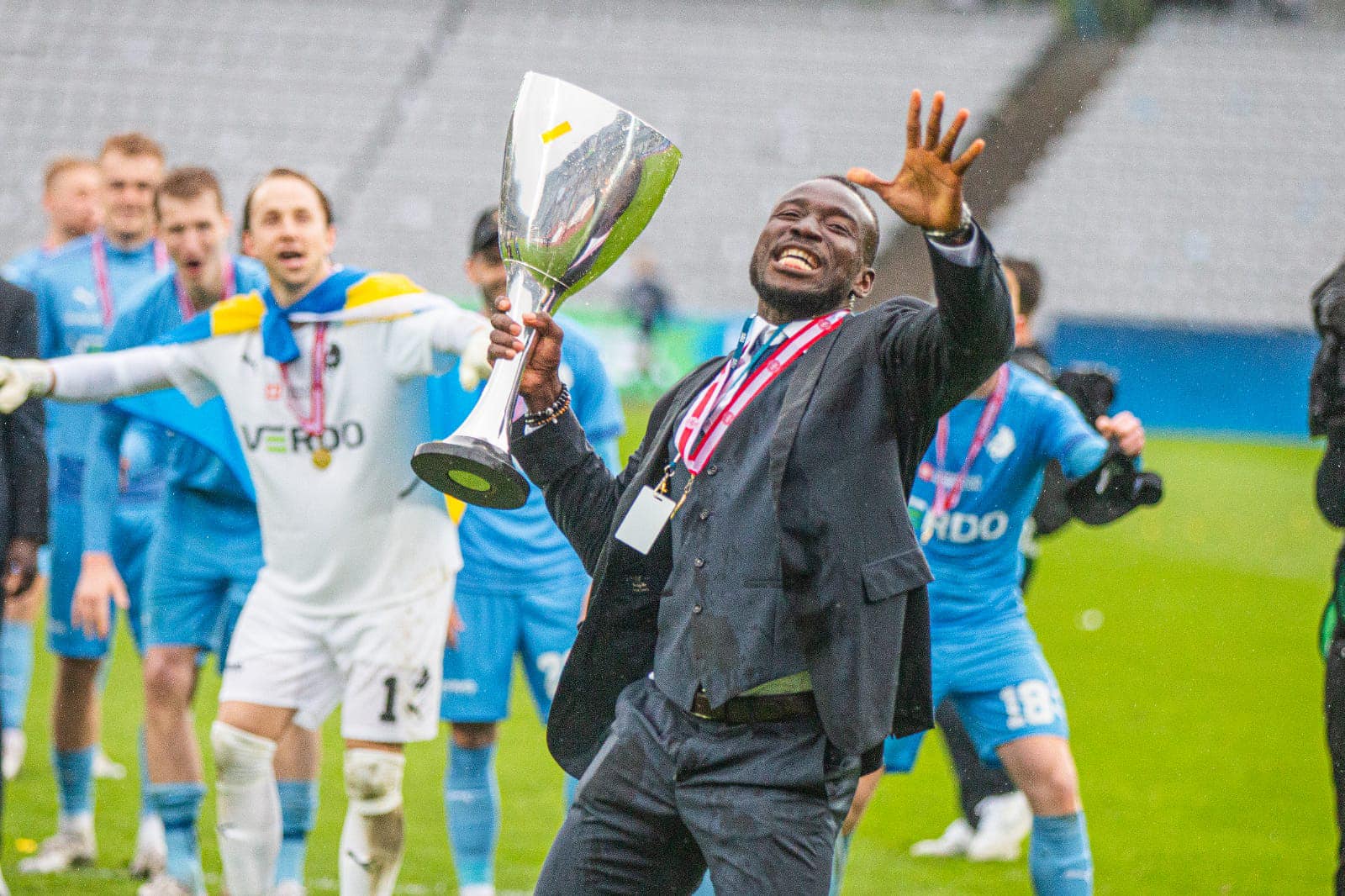 Striker Alhaji Kamara joined the rest of his Randers teammates, who celebrated their Danish Sydbank Cup final victory on Thursday after a 4-0 win over SønderjyskEs. 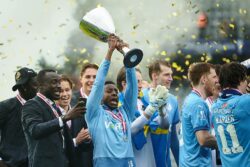 The Sierra Leone international was not part of the final matchday squad due to a muscle injury but has scored nine goals for Randers and has been a pivotal figure before a new tear in the muscle.

The cup triumph has added to his accolades collection. This was his third major honours. In Sweden with Norrköping, he featured forty times and scored 14 goals helping the team won the league in 2015.

He won the 2017 – 2018 Moldova Championship with FC Sheriff in his year spell before moving to Danish Super Liga club Vendsyssel FF on 19 February 2019.